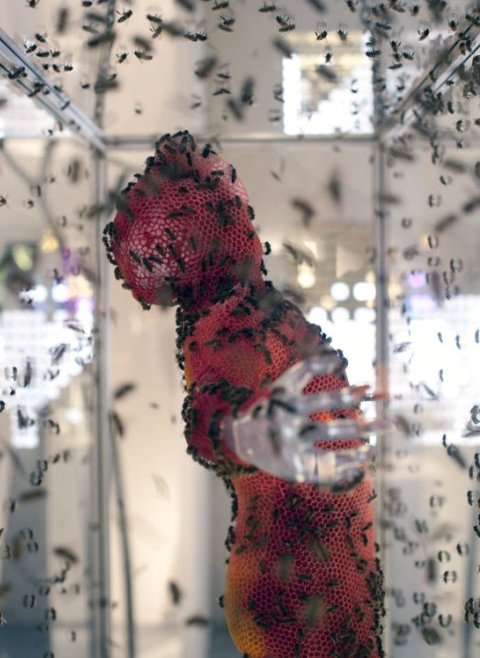 Tomáš Gabzdil Libertíny was born in Slovakia in 1979. This installation is called “The Unbearable Lightness,” which is a large figure covered in honeycomb produced by a swarm of 40,000 bees. Libertíny started working with bees five years ago when he let the creatures swarm over vase-shaped beeswax frames in his studio in Rotterdam. The shapes they created were more beautiful, organic and natural-looking than any he could have imagined.

His work celebrates construction power of bees. “What I’m doing is inviting new colonies to make their homes here,” he says, «They are looking to make a palace for their as-yet-infertile young queen. I make a light skeleton frame over which the bees regurgitate food I provide them with.” Initially, Tomáš introduced a natural red pigment into the mold which bees spread evenly across the whole figure. The red relates to blood and flesh and is also the only color in the visible spectrum that bees do not see. 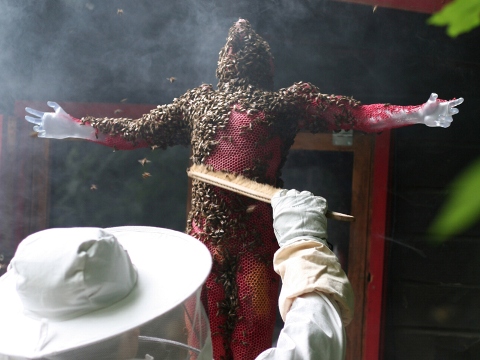 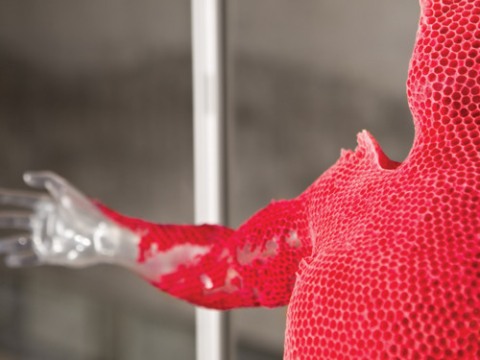 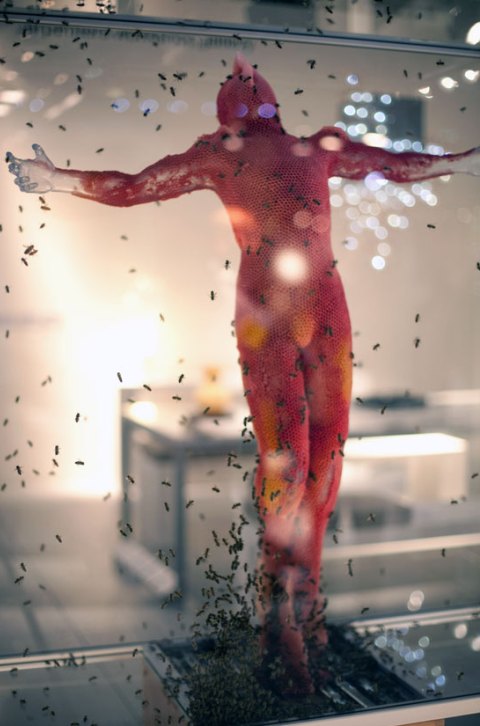 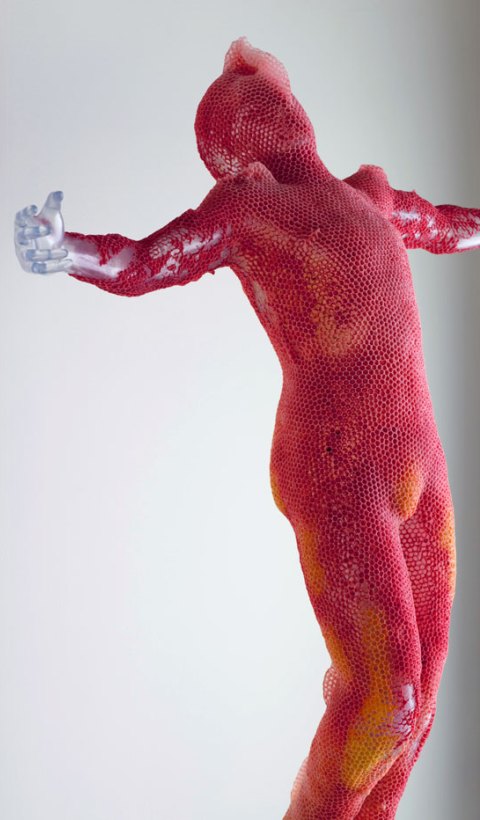