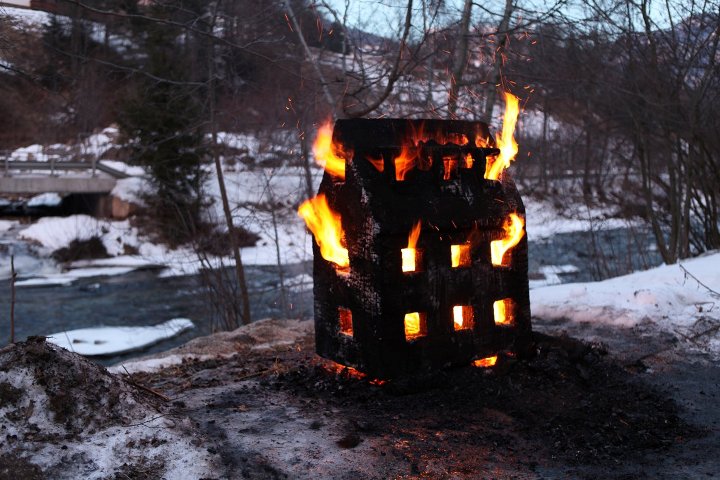 Aron Demetz is a sculptor born in 1972 in Italy. Living in a place surrounded by mountains and woods, he enlarges the world of his emotional life. He focuses on the human figure, on contemporary characters which are frozen in bizarre postures or in poses of the antique portraiture. Demetz never makes a concession to ornaments; his sculptures are essentially lyrical as he searches for the melancholia in their eyes, but his works spoke of a very strong self-belief. In the last two images the golden flowers grow out of a burnt ceiling which appears to be the strong desire for a revelation and the nostalgia for a lost paradise. 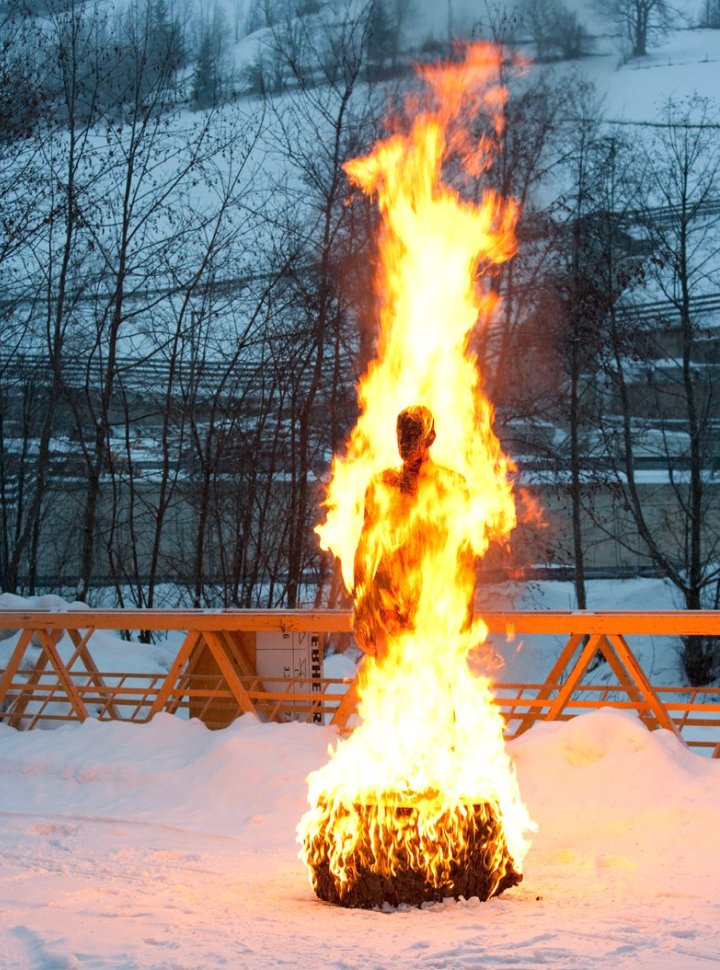 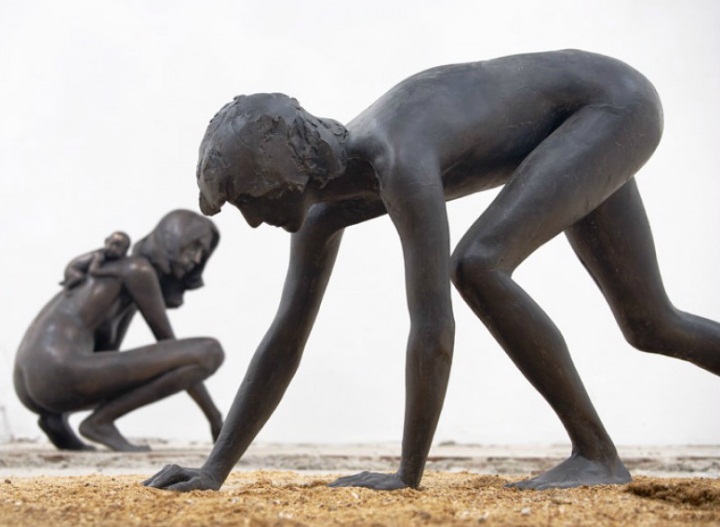 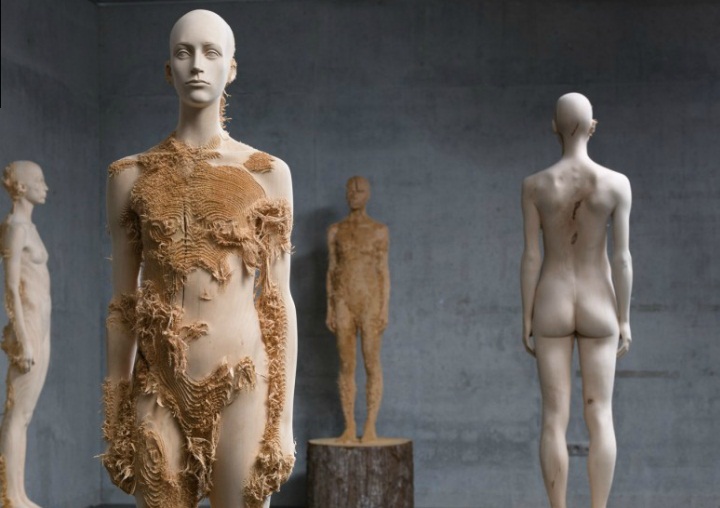 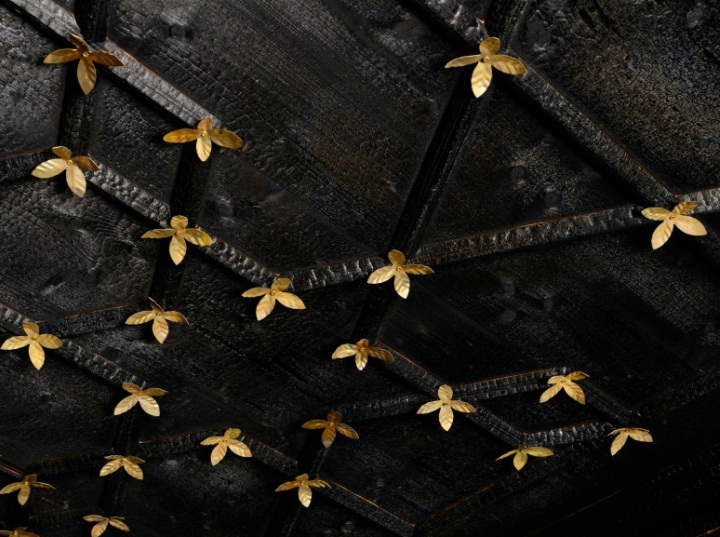 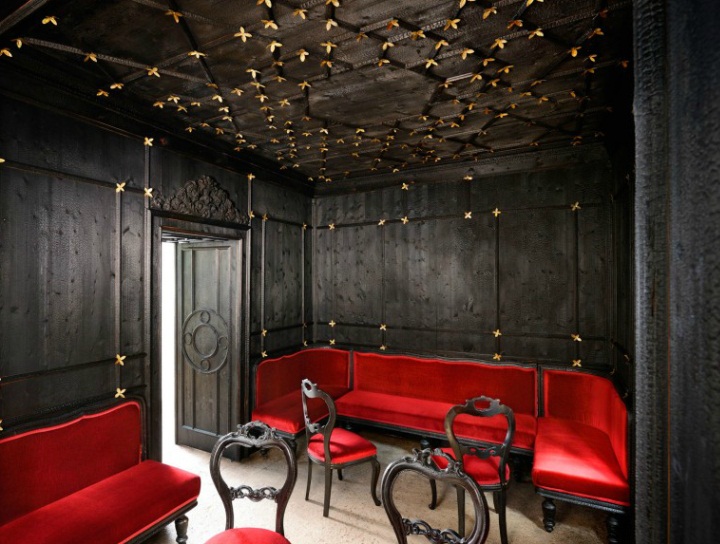