Gamma Folk – Spirit of Past and Present 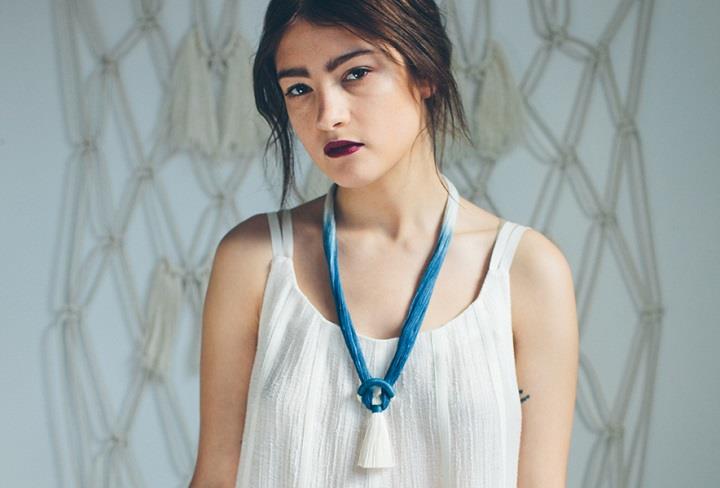 Lily Piyathaisere is a graphic designer and jewelry maker based in Brooklyn, New York. Before getting into jewelry, she started her career as a graphic designer working for various design studios and a few notable clients. She loved it, but she had a hard time committing to one full time job. She stayed freelance because it meant that she had control over her career and could make the time to work on her jewelry. Lily saw it as empowering to be able to build a meaningful life pursuing interests outside of graphic design. So she decided to launch Gamma Folk, her wildly successful line of handcrafted jewelry. It began with making cross stitched jewelry and has evolved into incorporating natural dyeing, coiling, weaving and other techniques. The necklaces presented here are from Collection Two. Inspired by folk art, mysticism and the Bauhaus, her pieces are minimal with Wiccan and gypsy undertones complemented by elements such as tassels, braiding and wrapping that are referential to ritual objects. Additionally, the colors used in her collections are all created with plant-based dyes. Driven by a mission to combine traditional techniques with modern design, Lily prides herself and Gamma Folk in celebrating “aesthetics, experiments in technique and the preservation of craft.” Also, I would like to remark on a brilliant work of Christine Han who took the photos, Ali Breslin as the model and Teresa Brown who did her absolutely gorgeous hair and makeup. 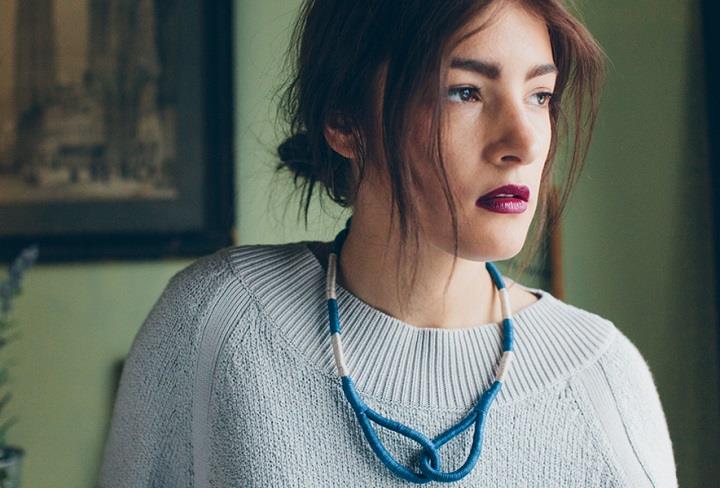 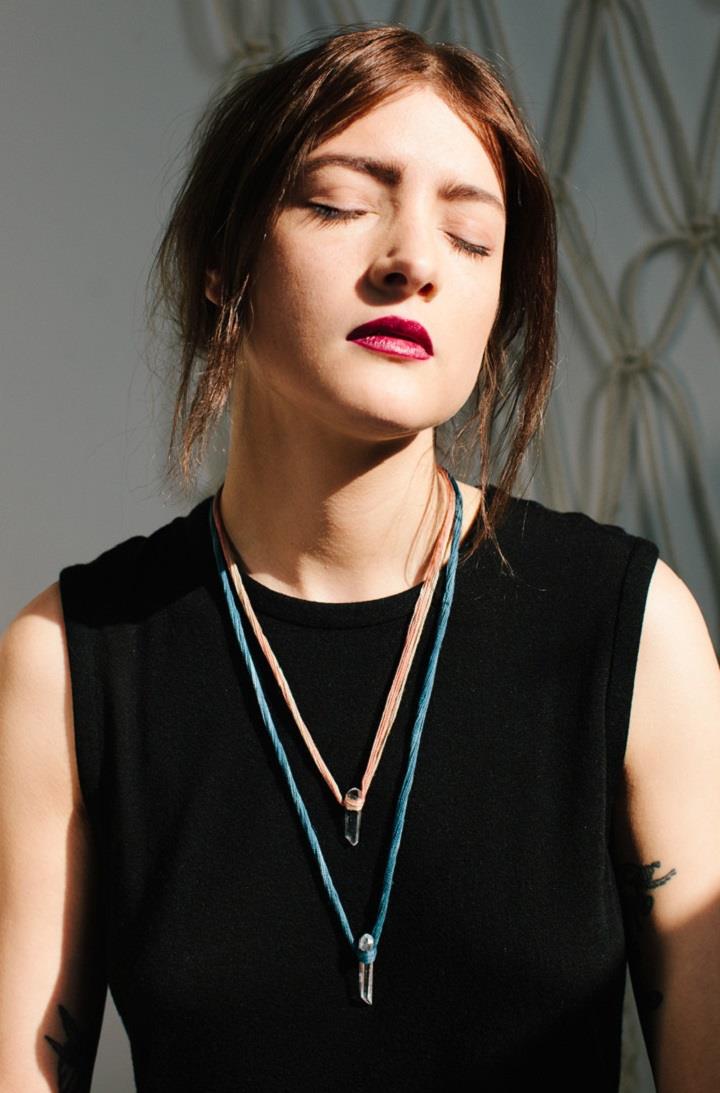 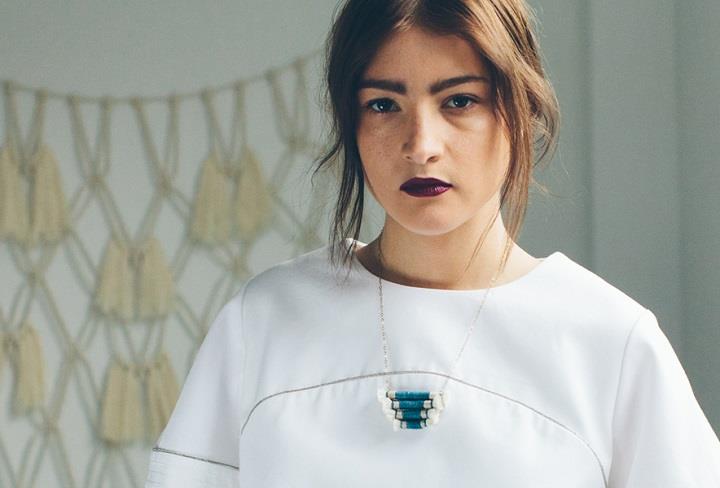 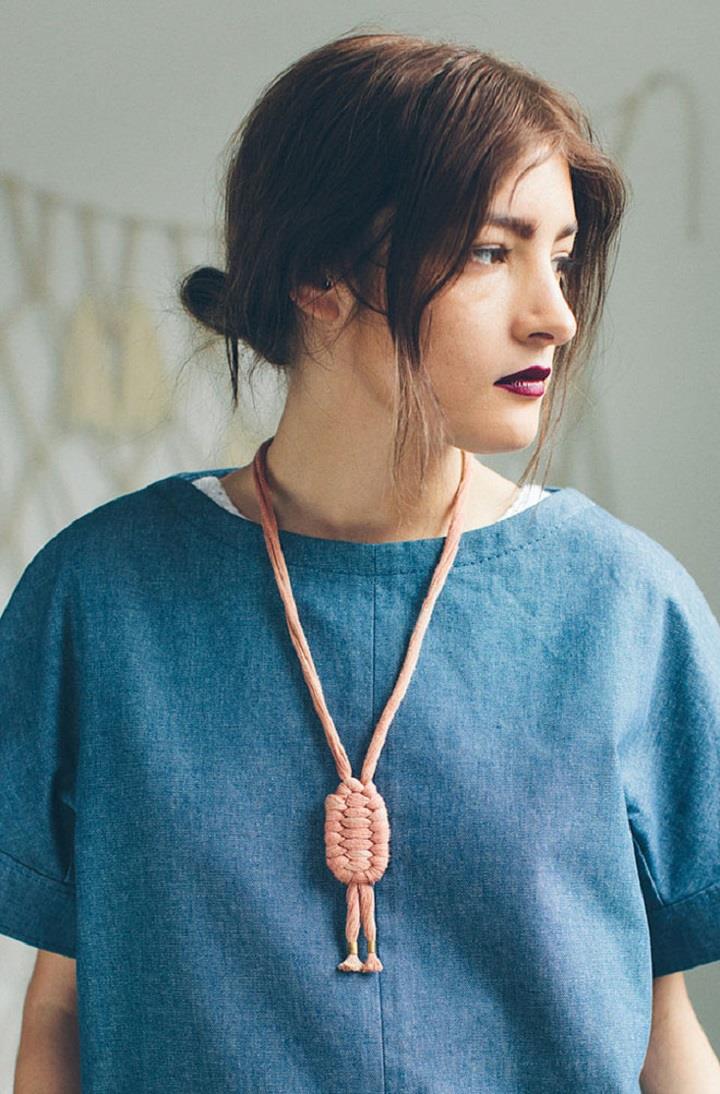 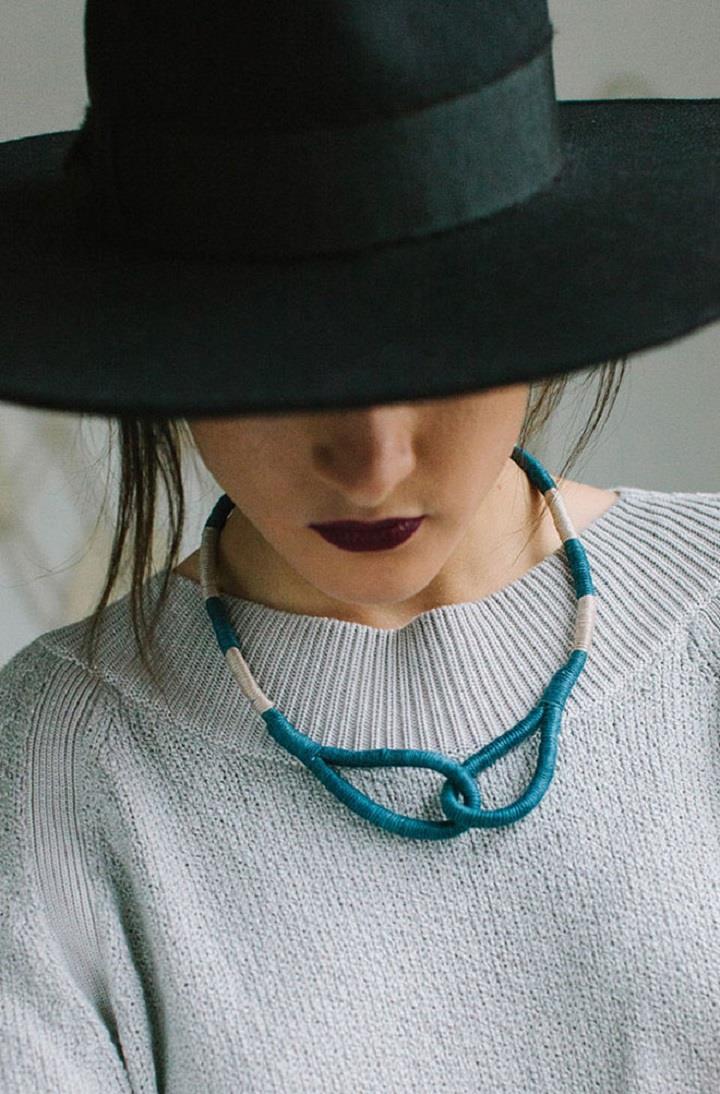 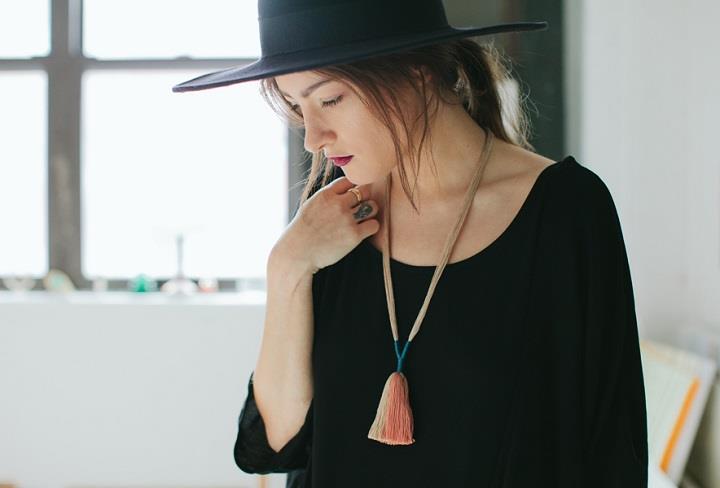 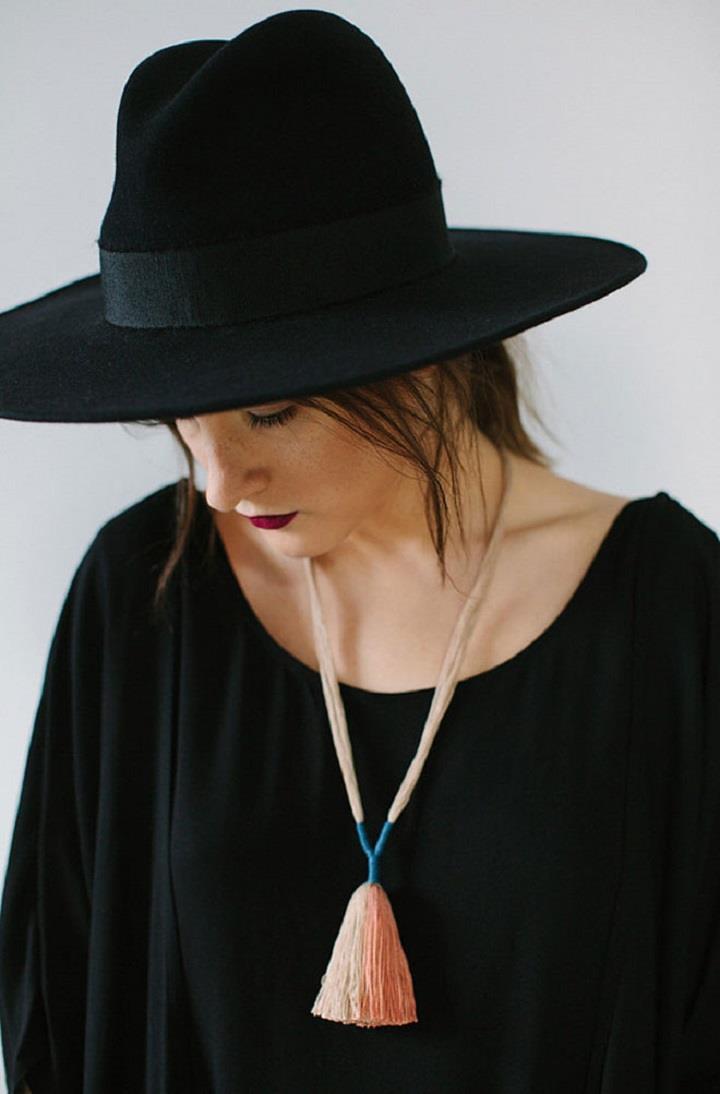