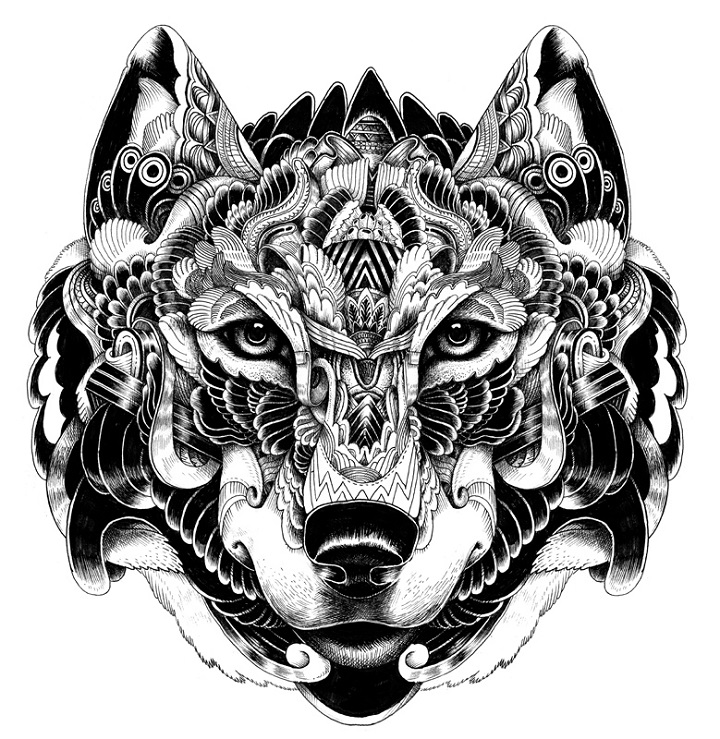 Iain Macarthur is an amazing illustrator born in 1986 in Swindon, England. He became obsessed with art at the age of eight when he was first introduced to cartoon television shows and comic books. In 2008 Macarthur graduated from Swindon College with a degree in HND Illustration. He specializes in album art, posters, logos, branding, shirt designs, print designs, editorial illustration, and private commissions. Iain’s work can be described as surreal and unique in its own way. Using mostly pencil, pigment pens and watercolours, he creates portraits of ordinary people by embellishing patterns and watercolour effects into the portrait to give an intense explosion effect – transforming their faces from something pure to something entirely delightful and bizarre at the same time. He is influenced by many artists and illustrators; he has also gained mush inspiration through people’s facial expressions, eyes and different forms of organic patterns and shapes. 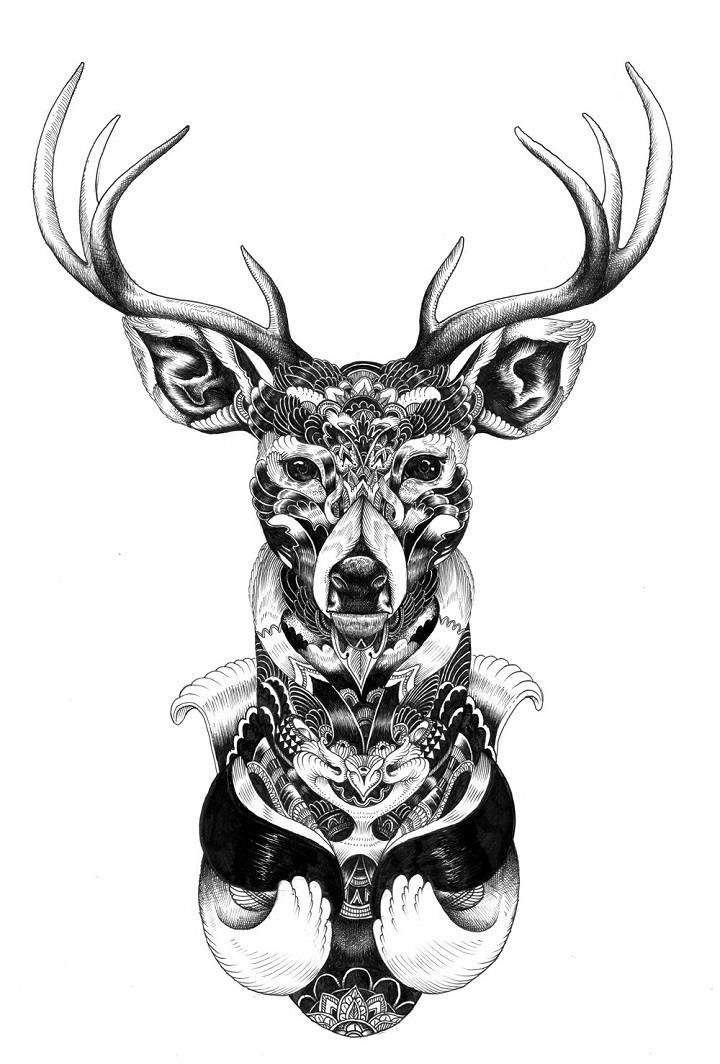 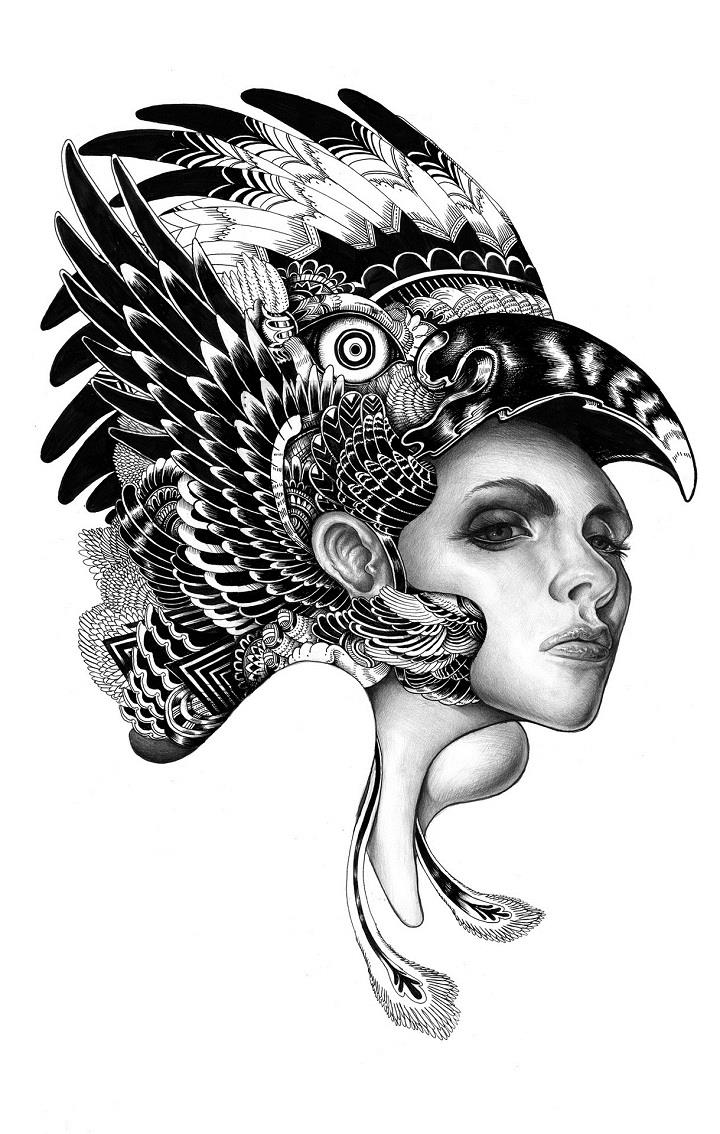 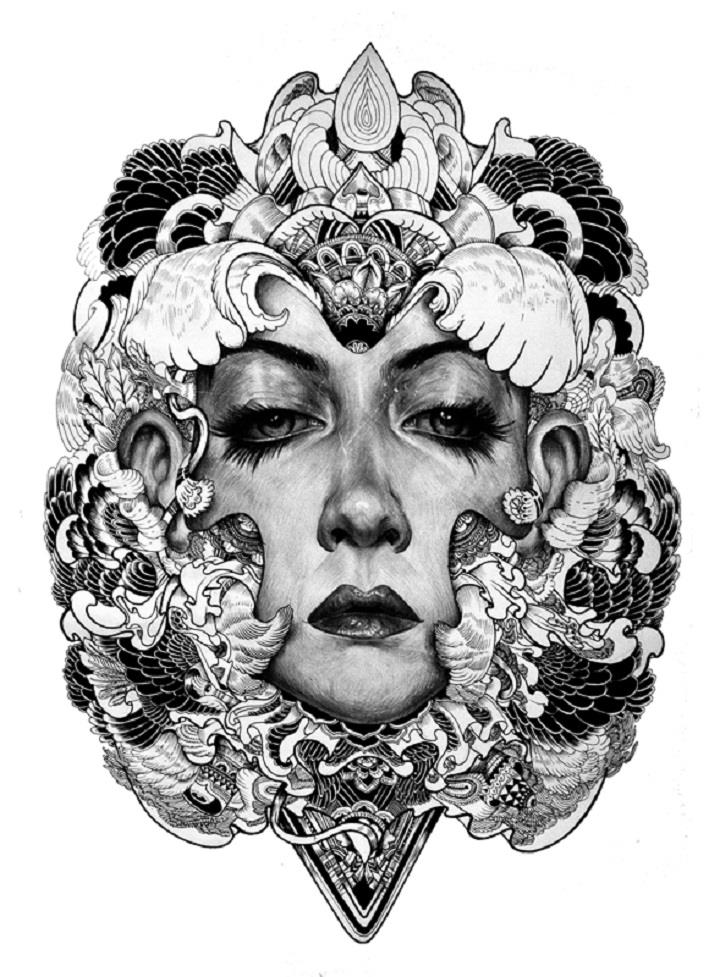 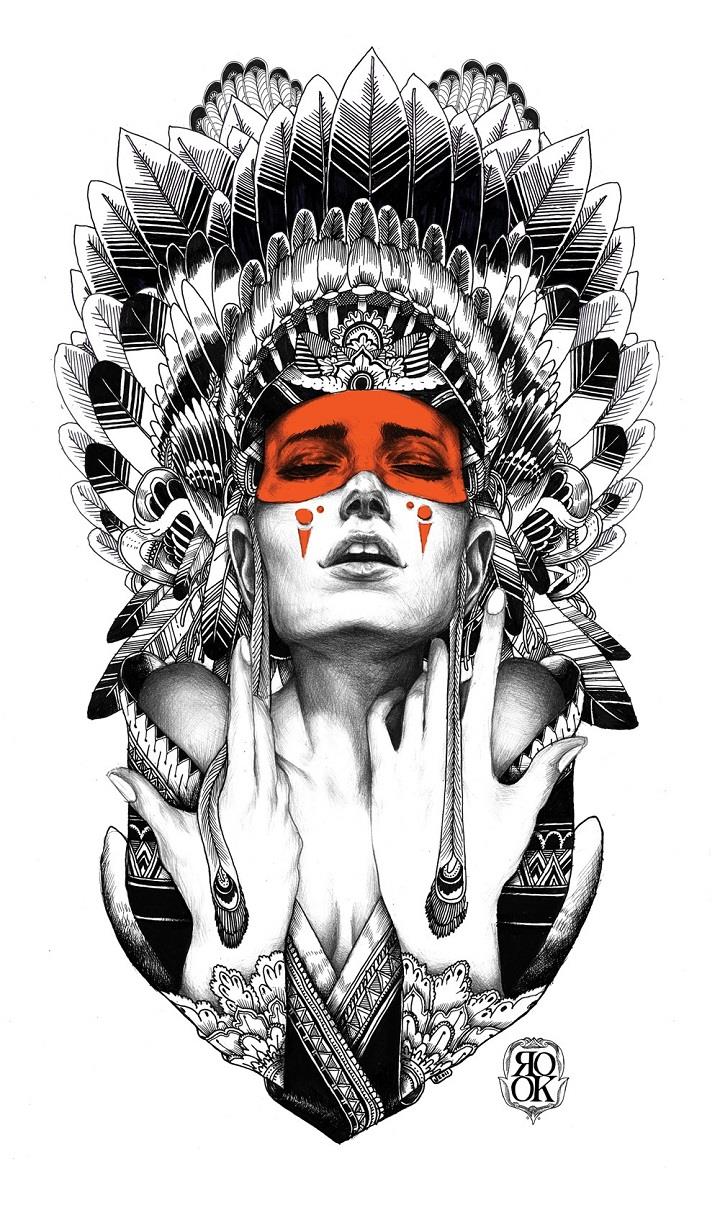 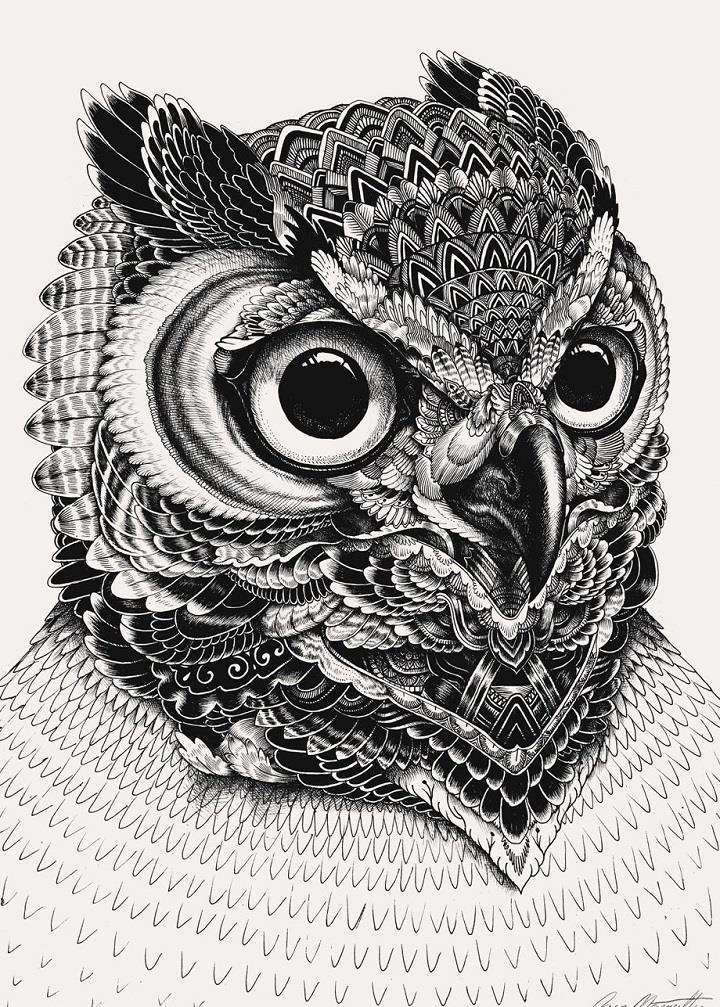 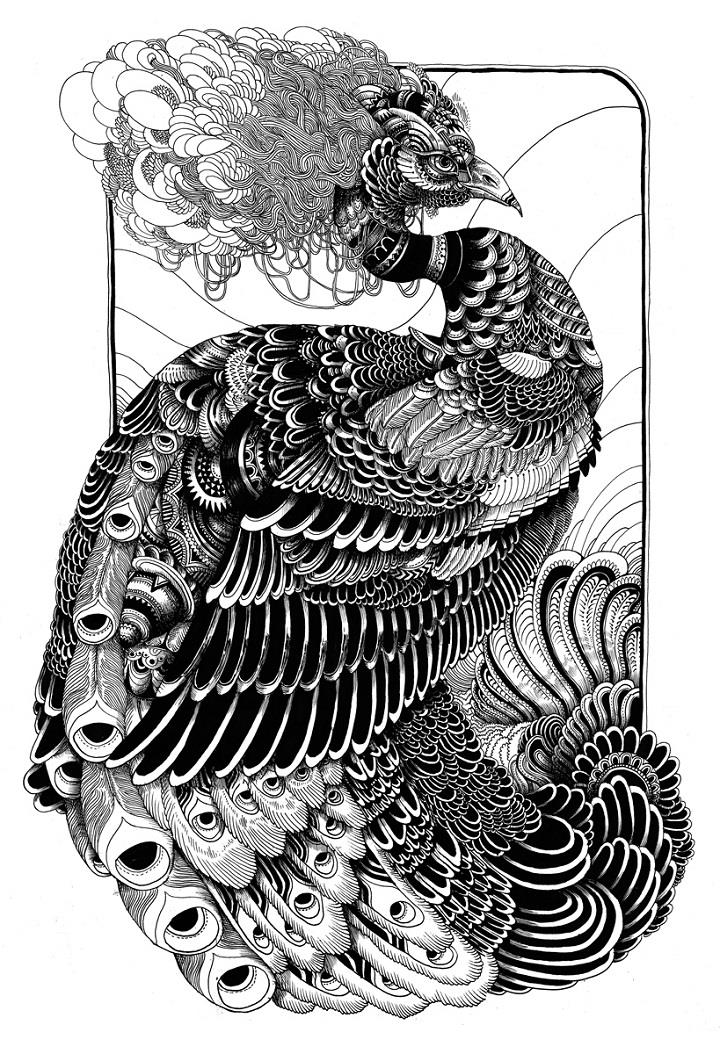 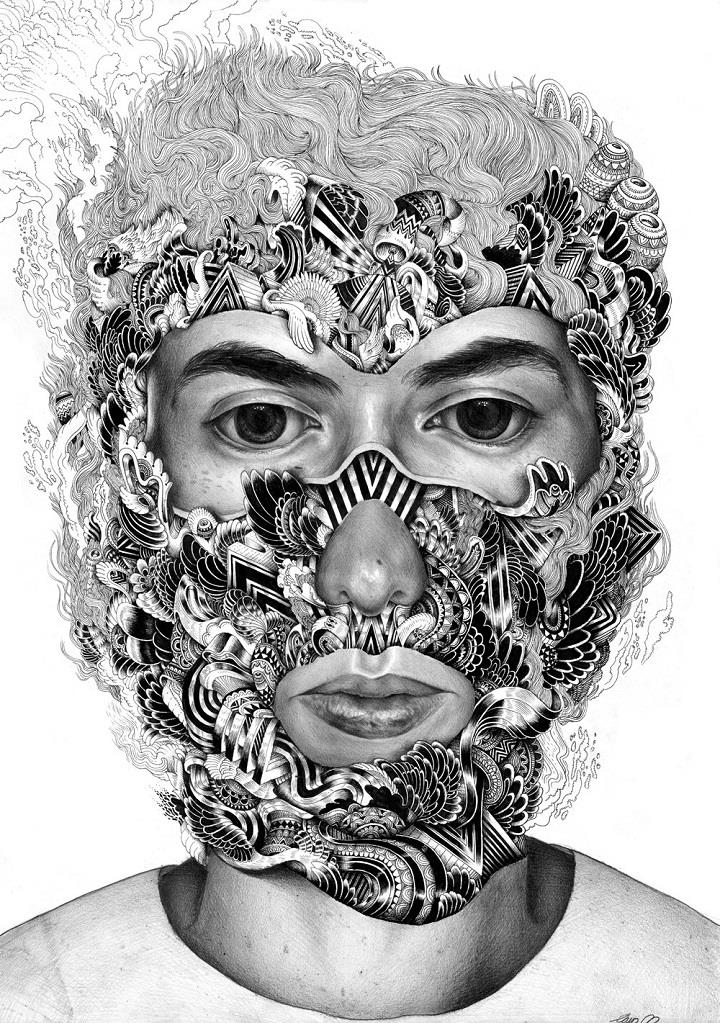