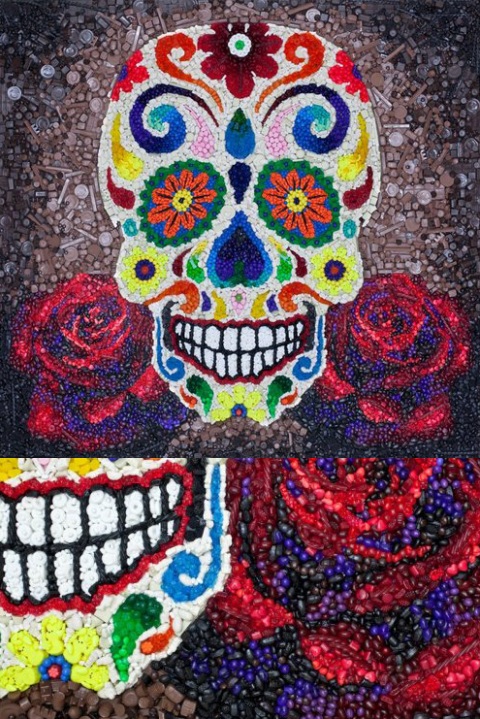 Kevin Champeny is a New York based artist. He merges aspects of sculpture, mosaics and painting with his large-scale images of flowers, skulls and other objects. Champeny creates each tiny object by hand. First of all, he builds silicone moulds of the original pieces, and then casts them in colour using various poly-urethane resins. The final objects are then carefully glued to a surface piece by piece. It means that the entire process for each artwork takes several months to design, sculpt, mould and cast. American Flag, for instance, is made up of 44, 450 army men; and the skull is made from over 35,000 handmade flowers. 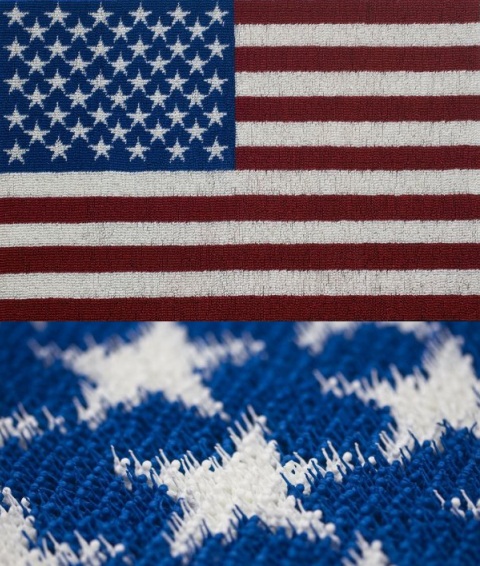 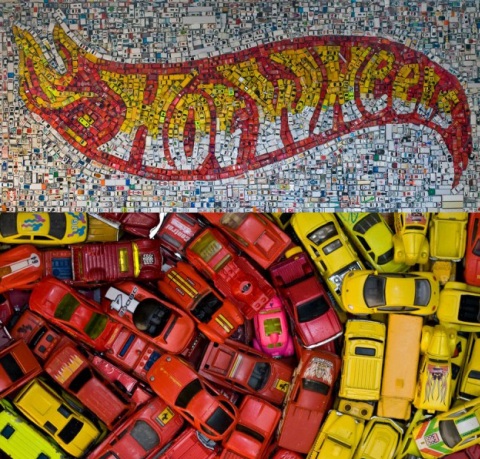 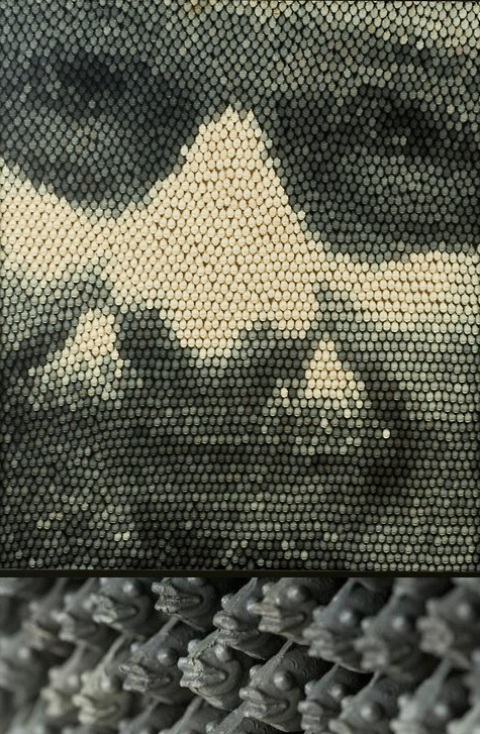 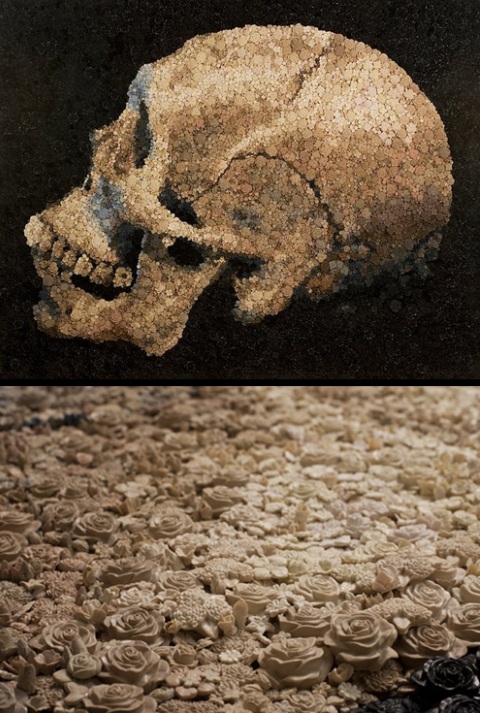 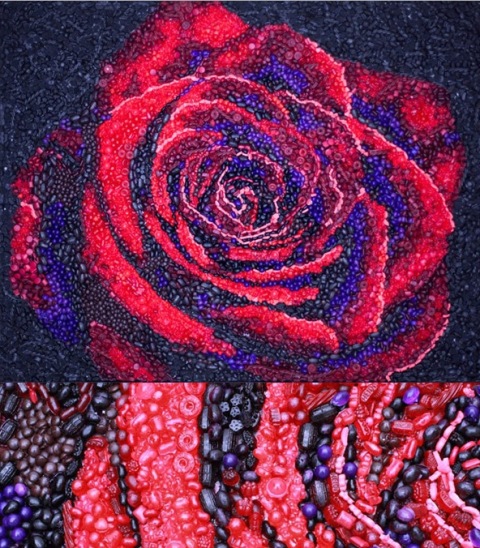