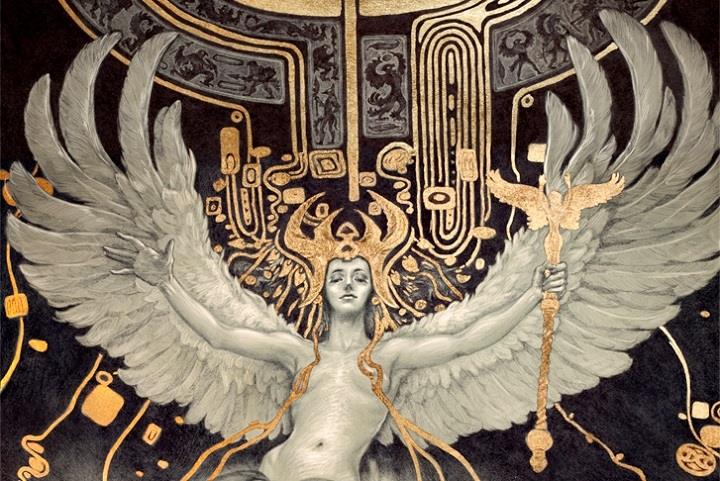 Toronto-based artist and illustrator Rebecca Yanovskaya creates striking ballpoint pen and gold leaf drawings on Moleskine. The bowing angel, titled Descent of Man, took the artist about two weeks to finish. She was inspired to create this piece after a trip to the Metropolitan Museum of Art. “Klimt, Mucha, Herbert Draper, Bouguereau, Waterhouse, Frazetta, and a sculpture called ‘Mourning Victory’ from the Melvin Memorial were all inspirations for this,” she states. When Rebecca plans an illustration she always creates a story to give context to the scene. In “Ascent of Man,” she saw a time where magic reigned supreme but was suddenly destroyed by the overwhelming force of the winged being’s presence. With “Descent of Man” she attempted a subtler feeling. Yanovskaya tried to depict willful submission between two equally strong forces, with the winged creature demonstrating conscious respect in its flared wings. “As I work on the pieces it helps me to keep these ideas in mind,” she says. 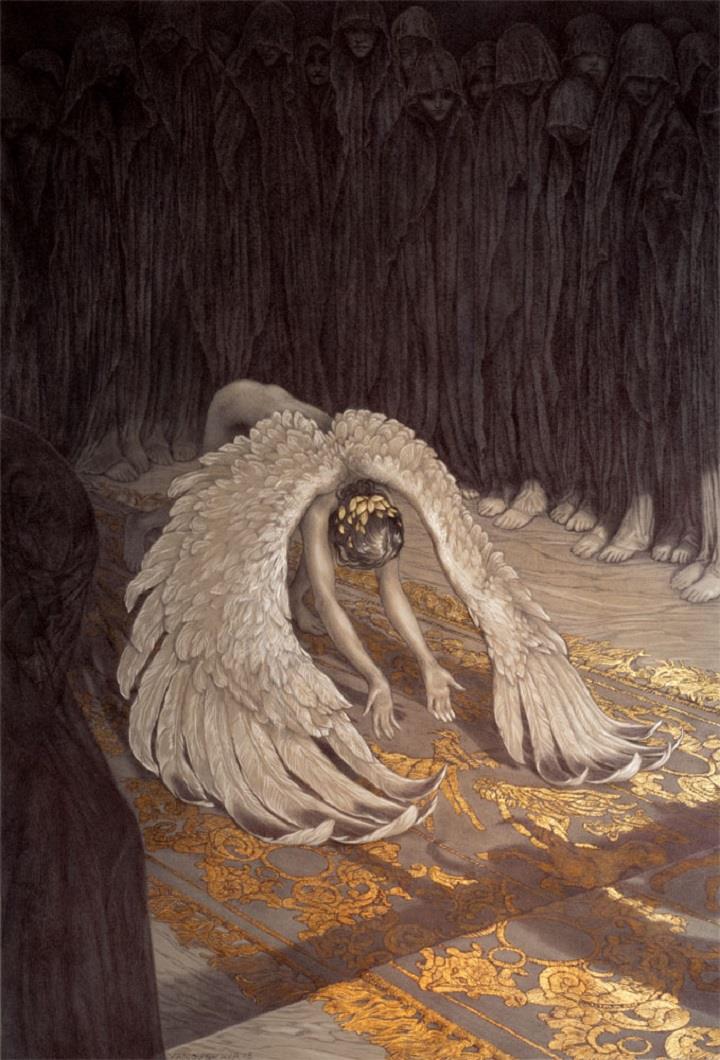 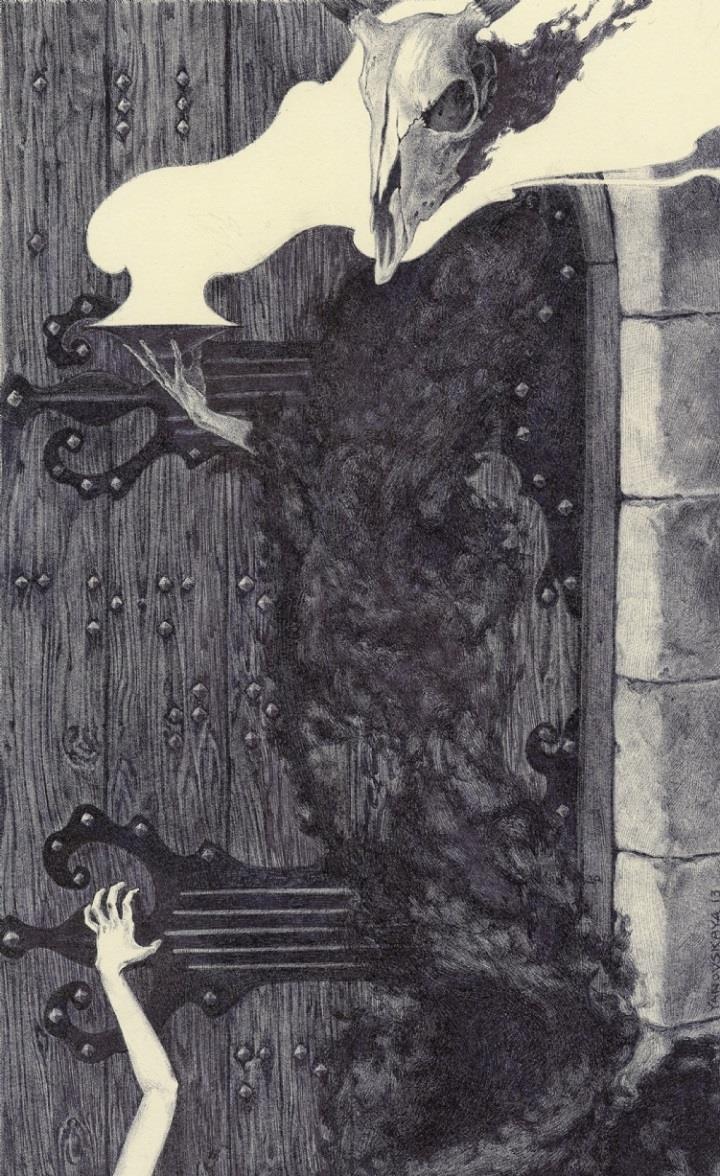 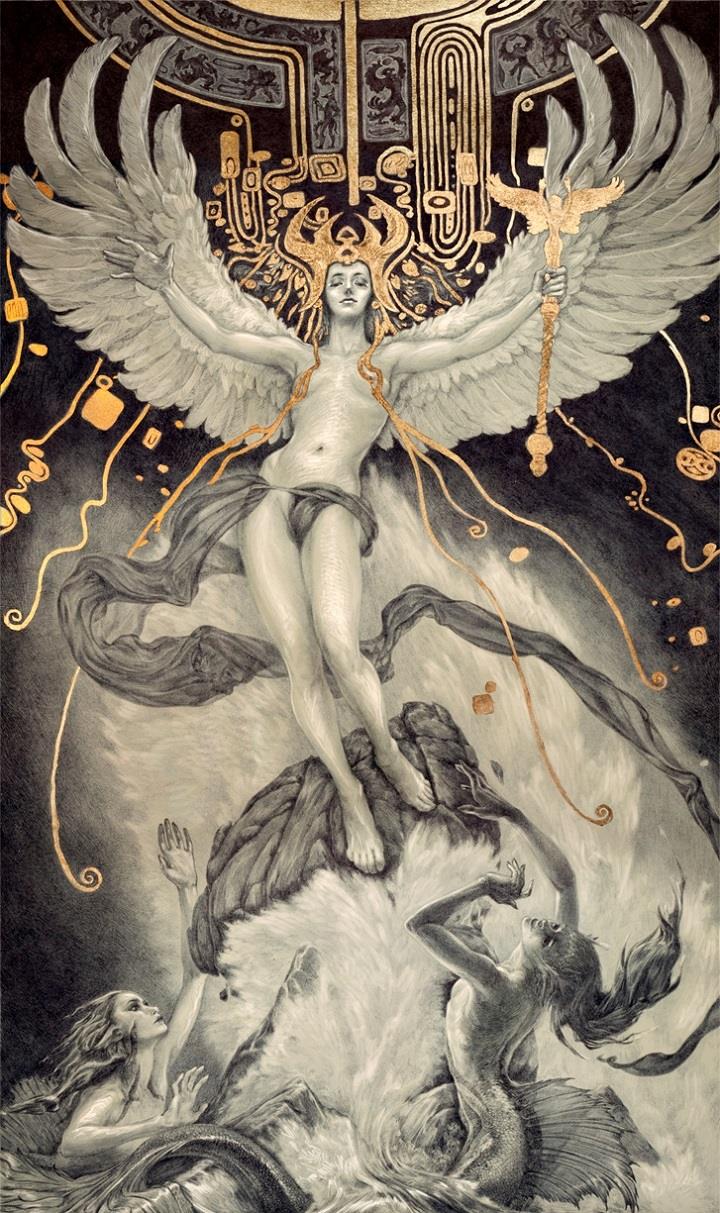 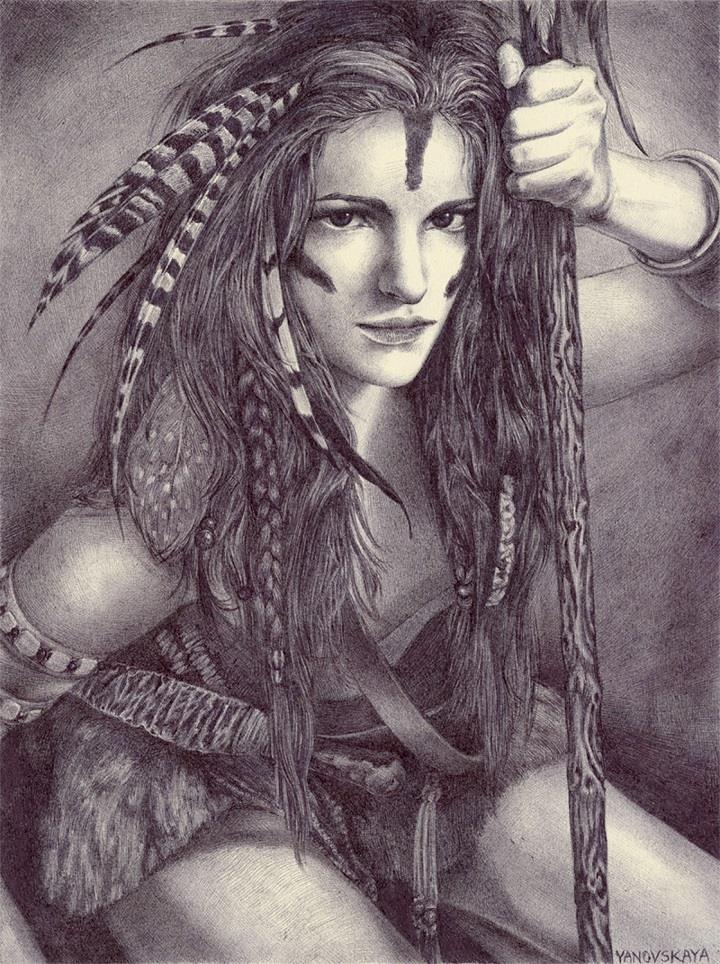 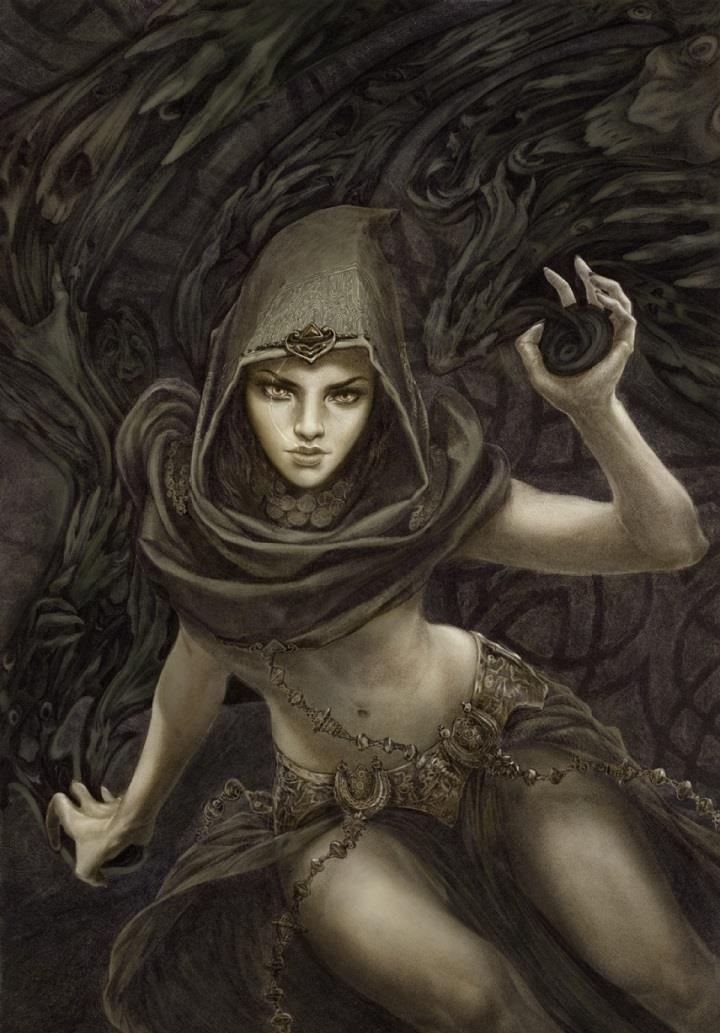