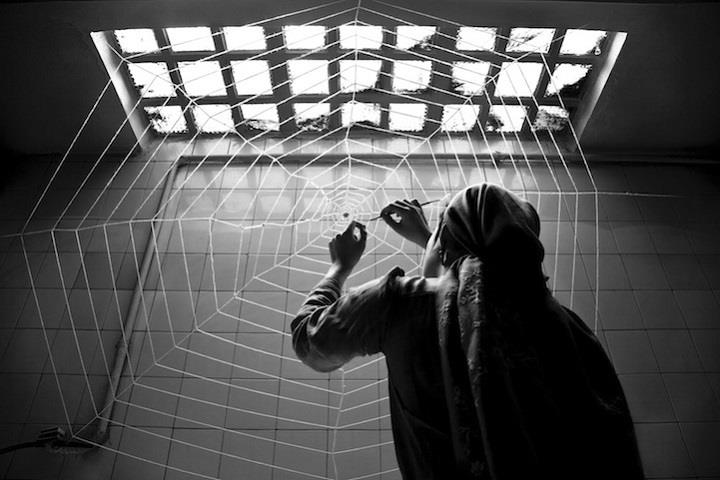 Shadi Ghadirian is a photographer born in Tehran, Iran. Her work is intimately linked to her identity as a Muslim woman living in Iran. Obviously, she explores many issues that modern women face, including religion, culture, and individuality. Her series, titled Miss Butterfly, is a collection of black and white photographs filled with conspicuous visual elements and strong symbolism. The photos are based on an old story and theater play, telling the tale of a butterfly who has lost her way and is greeted with an offer from a spider. He will help her find her way to the sunshine if she brings him an insect for him. Rather than sacrificing another, she offers herself to the spider. The spider is impressed by her courage and lets her go. When the butterfly offers freedom to the others, she gets no reply and, in frustration, she spreads her wings and flies away. Shadi replaced the butterfly by a female protagonist who seems confined behind spider webs in room, attics and basements. According to one review, “The web is not only a recurring motif but also a symbol of the existing social structures in Iran that are restrictive towards women.” 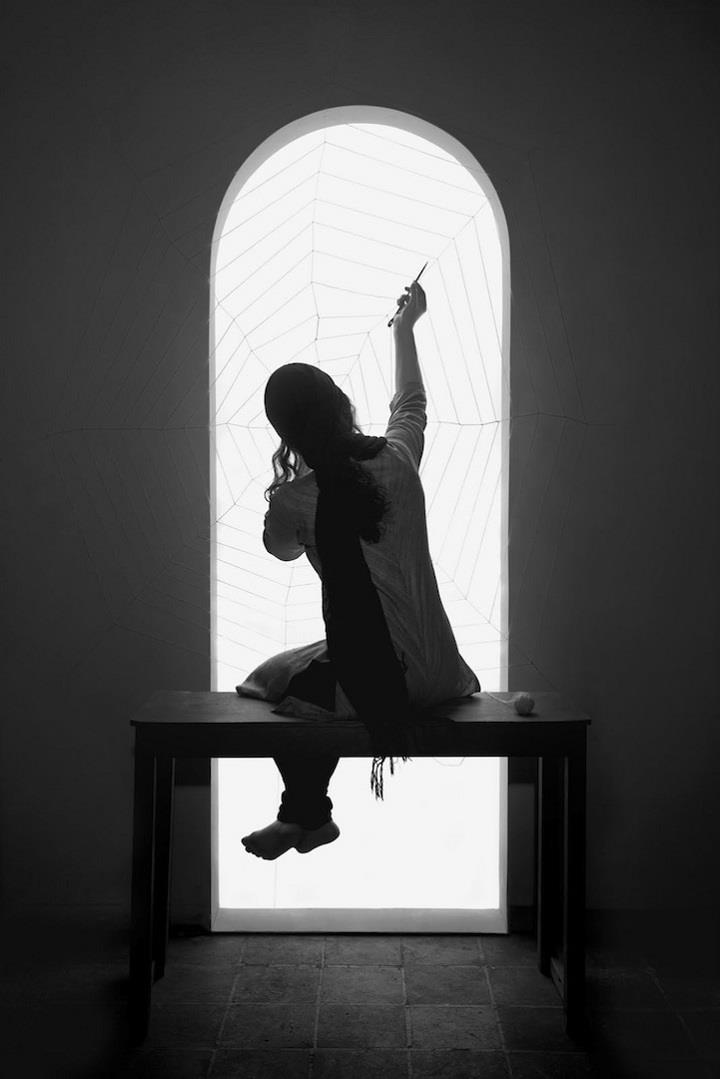 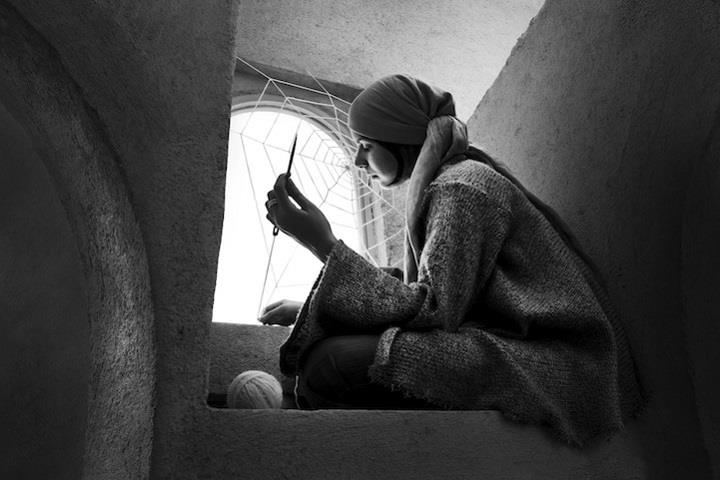 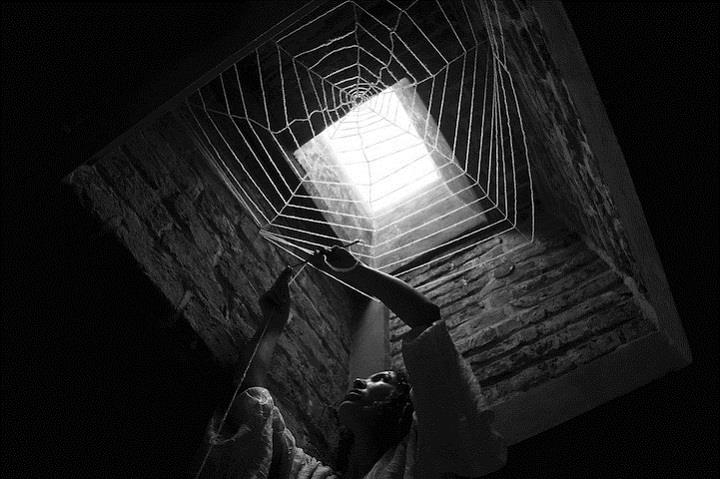 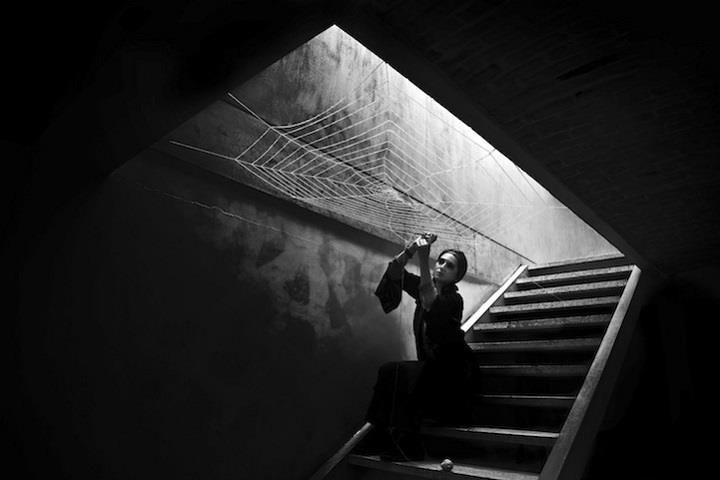 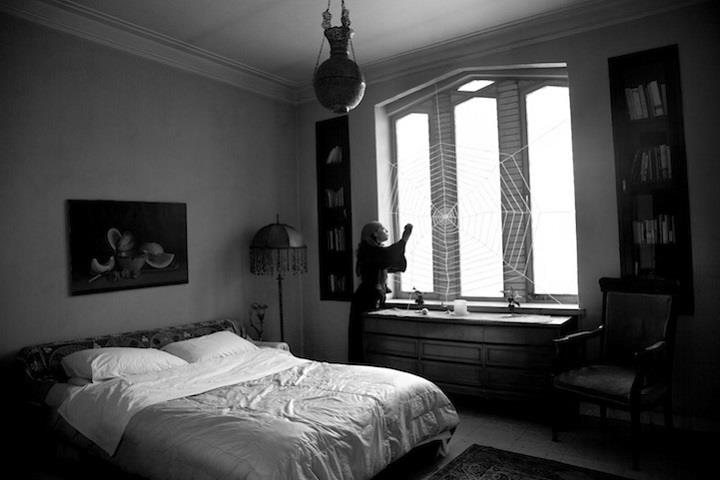 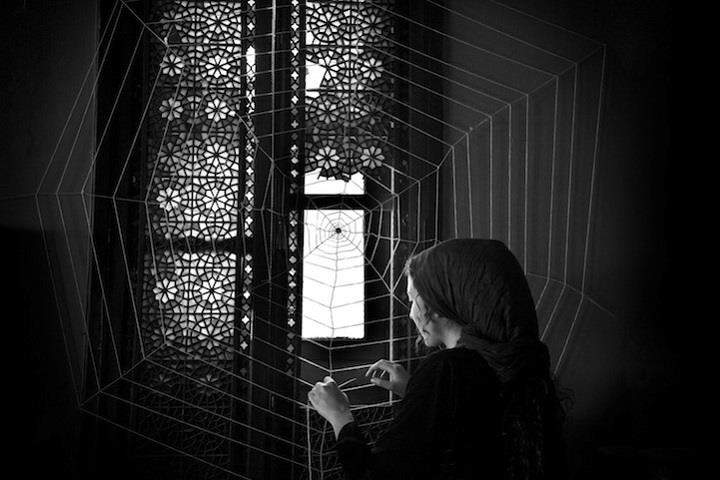