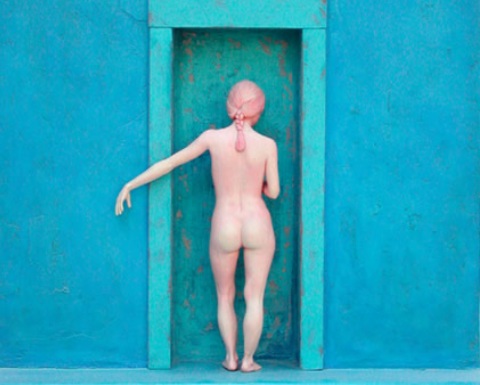 Tricia Cline was born in 1956 and grew up in northern California. She is a self-taught sculptor and has been a professional sculptor since 1984. At the age of 27 Tricia lives in a small town in Iowa, where she works as a cook in a pizza parlour. In the evening, she would walk with her dog, and as people passed by they would say “Hi Pizza Girl.” This became so common for Tricia that it forced her to recognize that she surely did not want to be Pizza girl at 30. So her point became to find a connection to “something” bigger than herself. She locked up in her tiny room and made lists of things she liked. One of them was “clay figures.” Tricia bought a ball of clay and made little people. The figures she made were simple, crude and quite funny as she says. They were mostly driven by “story.”

Her most recent series, Exiles in Lower Utopia is an ode to animal instinct. Cline described animals as being intrinsically complete and self-contained in their physical form. When a wolf runs at full speed, for example, a distinct scent or sound may all of a sudden alter its direction. ‘Its legs, nose, and ears are its function, or bliss.  The language of animals is the language of images. An image is not an idea with a defined meaning, it is itself an animal. Her Exiles series aims to reveal our own perceptive abilities. It is an appeal to venture beyond our limited concepts of identity to a vaster awareness. ‘Exiles have succeeded by virtue of being,’ says Cline. 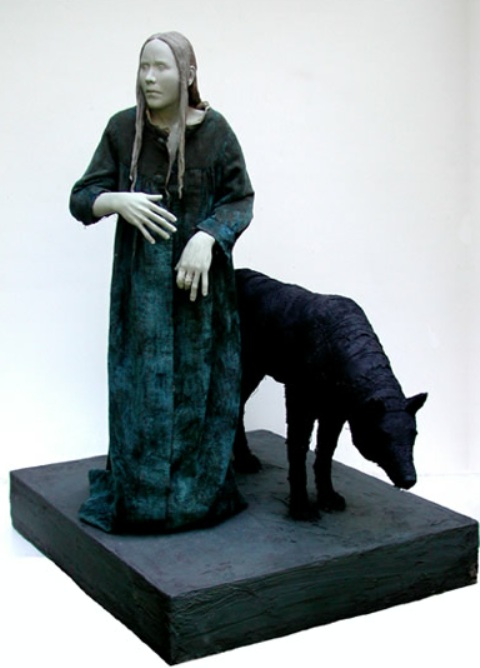 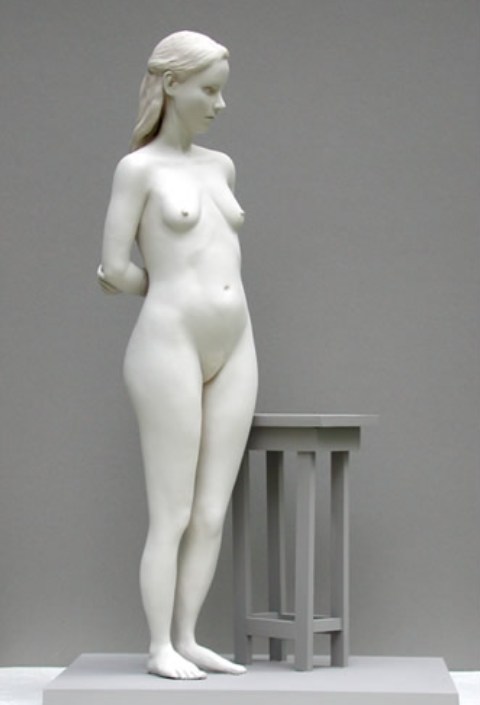 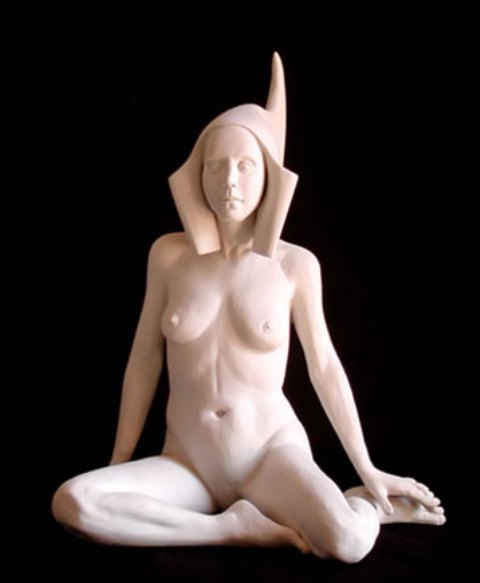 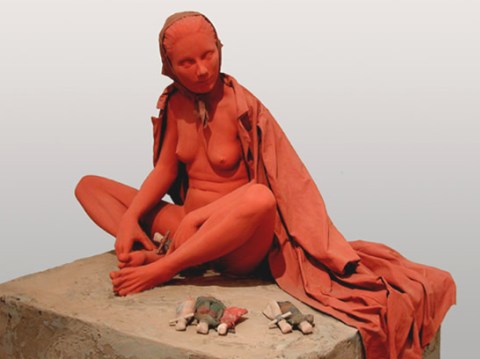 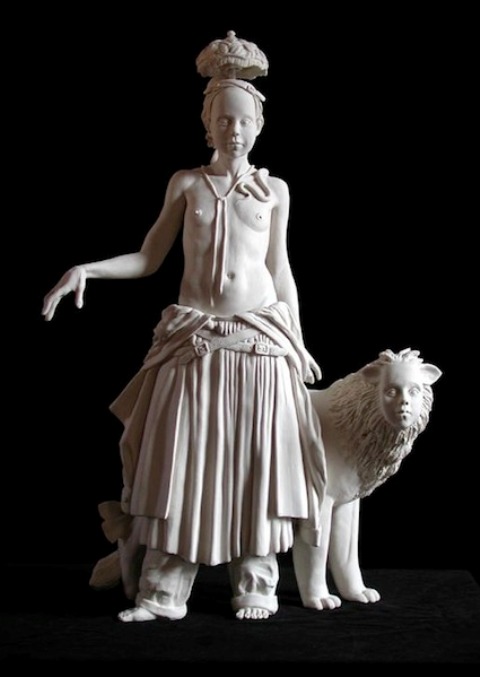 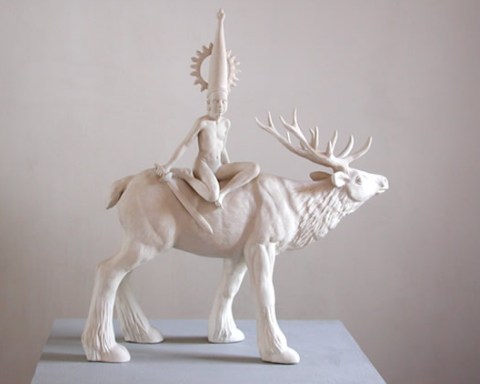