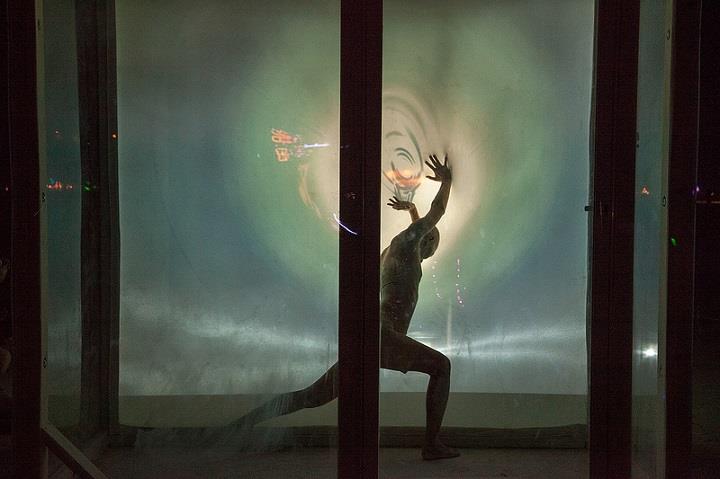 Aaron Sherwood is a New York media artist holding a BFA in Jazz and Contemporary Music from The New School University. Growing as a musician, he began playing professionally at the age of 15. In 2010 he met Pauline Oliveros who introduced him to the wonderful world of Max through her Expanded Instrument System. This led to an extraordinary change in artistic paradigm for Aaron as he discovered the nearly endless possibilities of creative coding. MIZARU Installation – Burning Man 2013 is an installation comprised of a large transparent box, allowing everyone to look inside, hiding nothing. When one enters the structure one is presented with a white wall. Upon touching it, the wall springs to life creating five different worlds of visuals and sound, surrounding the user. The five world conceptually represent: fire/burning (destruction), water (birth), illusions (desires), chains (being bounded), and universe (truth). This work symbolizes the human struggle and the barrier between life and death. Another interactive media installation is Firewall, which was created with Mike Allison. It represents a stretched sheet of spandex that people can push into and create fire-like visuals while expressively playing the music. 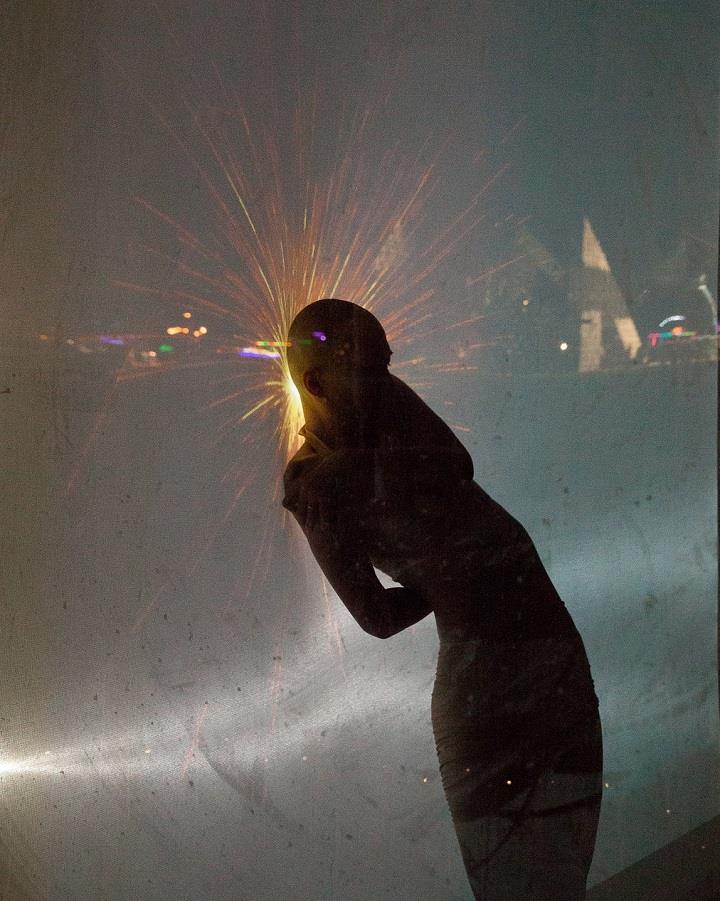 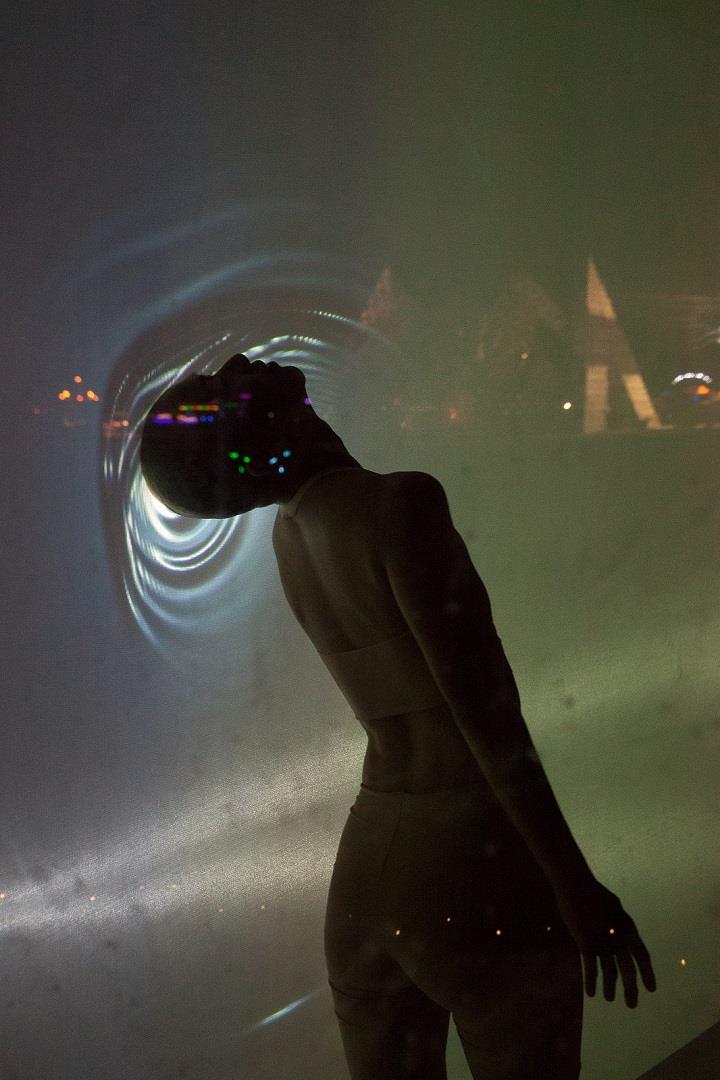 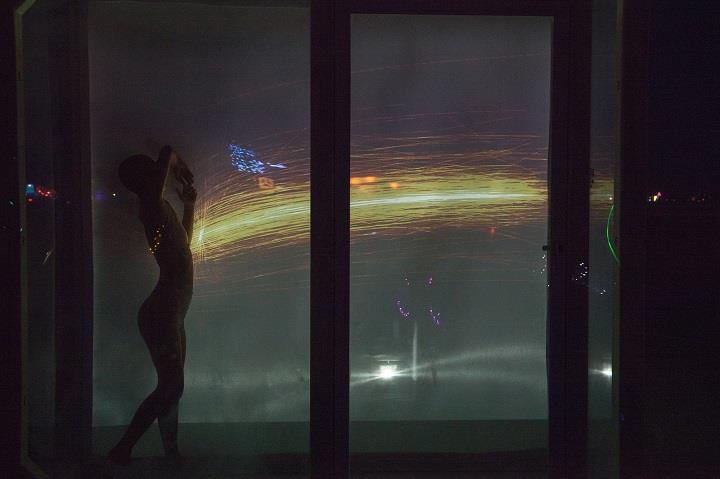 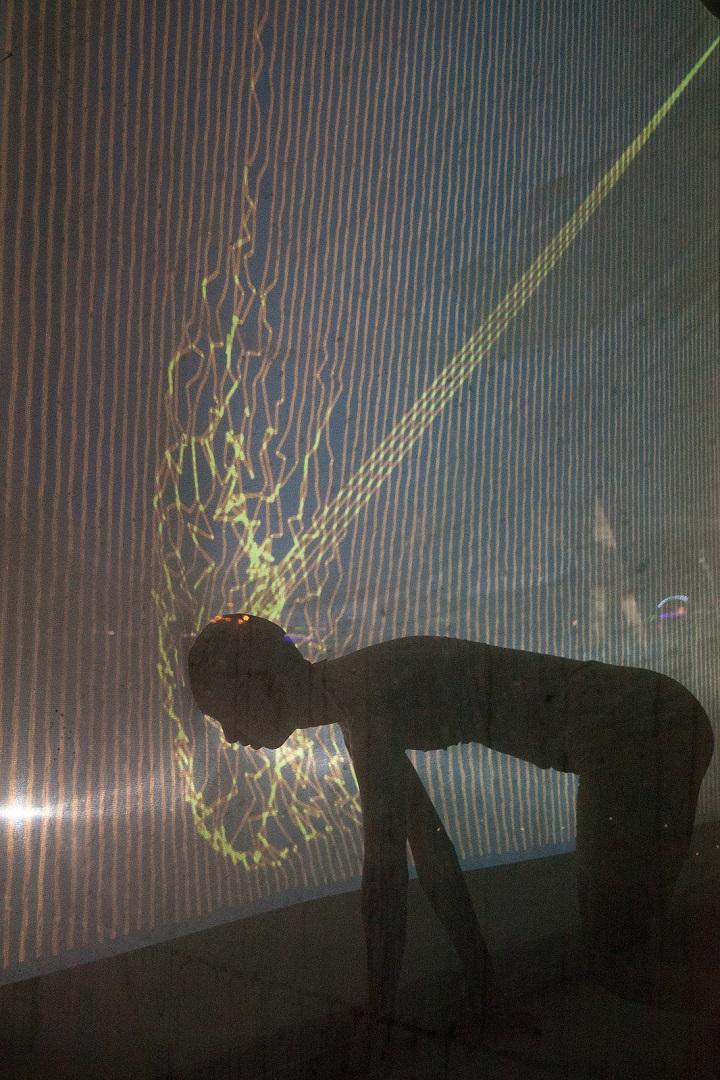 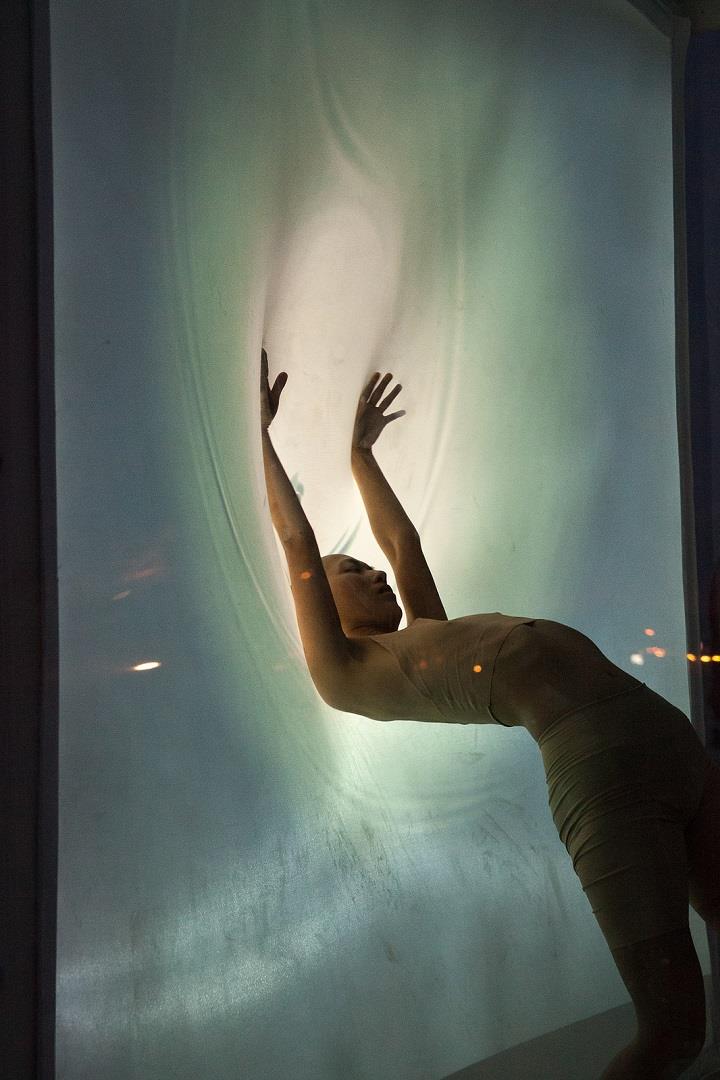 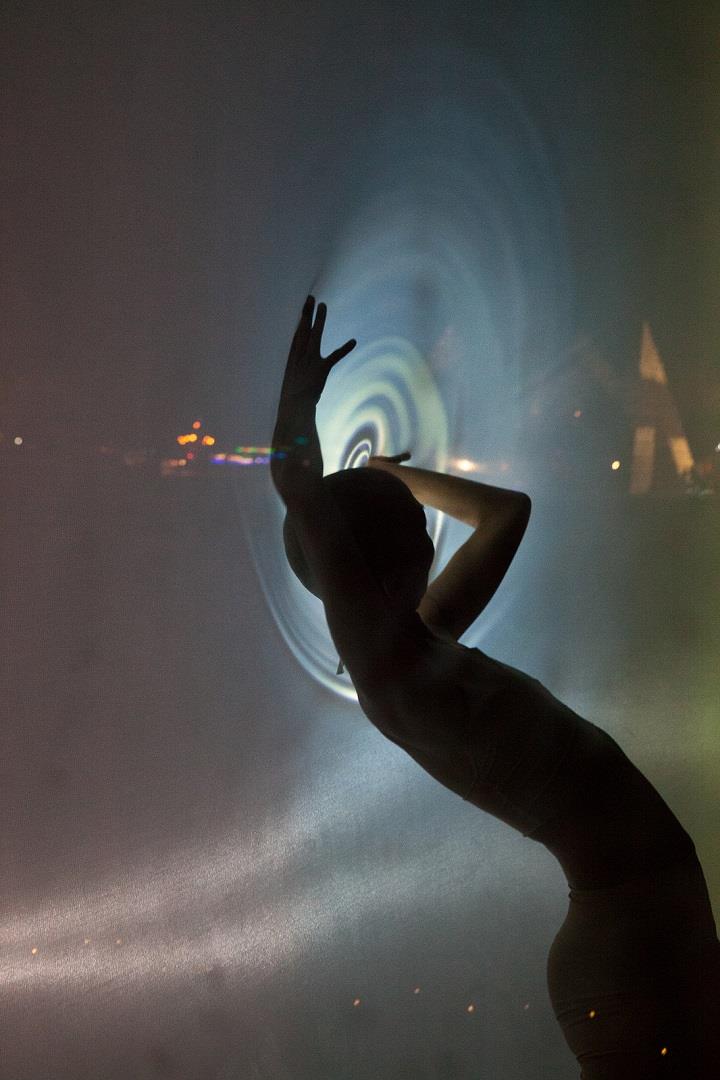 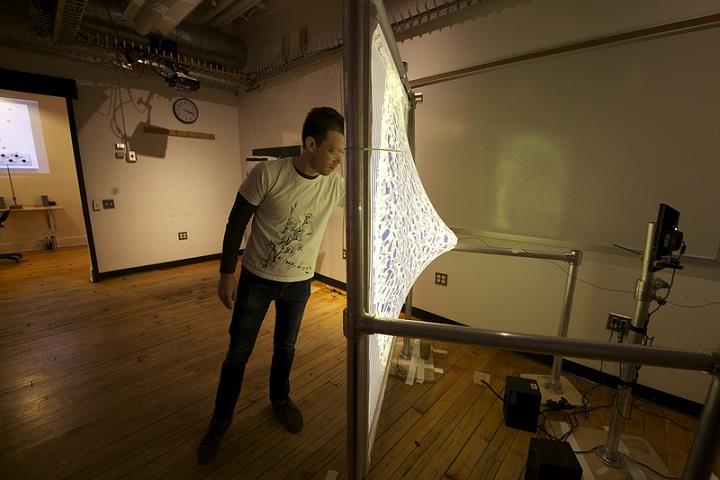 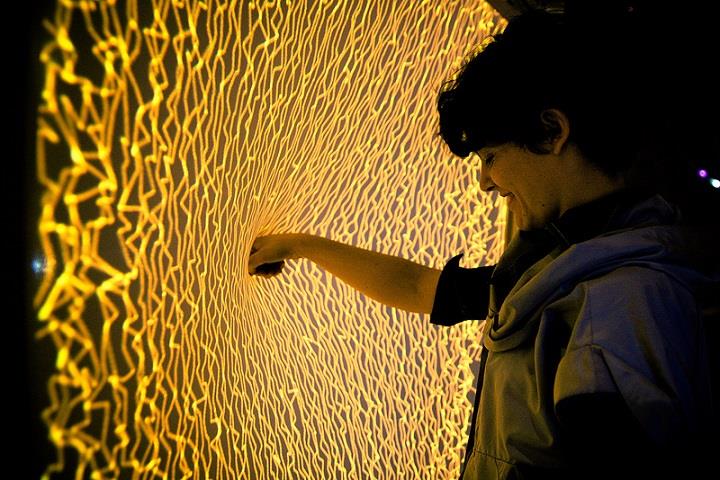