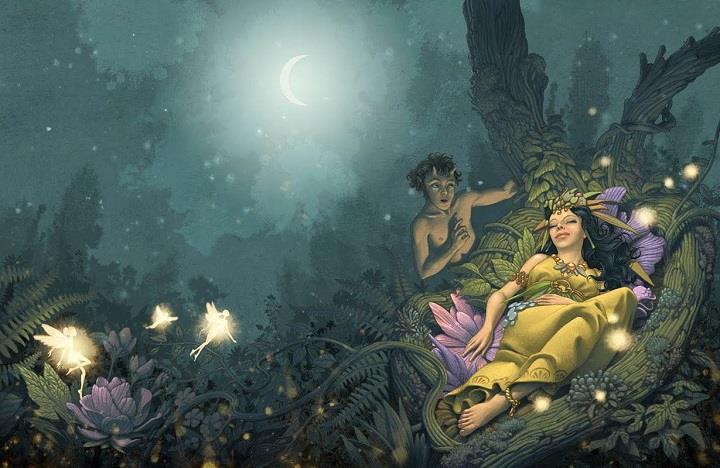 Antonio Javier Caparo is a Cuban born illustrator and graphic designer. He is a graduate of the High Institute of Design in Havana and currently lives in Canada. His realistic illustrations regularly appear in magazines, children and young adult books along with corporate and advertising work in the U.S. and South America. Some of his passions include animation and comics. He has been published around the world and has won numerous awards in multiple countries. Antonio always felt passion for other worlds, magical characters and metaphorical stories. He decided to devote himself to illustration – both traditional and digital – creating each piece to be intense and conceptual. Character Design is one of his favorite things in illustration. He creates portraits capturing the characters’ psychology and mood. In this kind of images there is no scene depicted and not much of a setting behind them so they have to tell it all by themselves. Let’s find out where the artist found his inspiration while creating some of his stunning pieces. Caparo started The Fairy of the Rust illustration with a little face, a small sketch of a fairy he roughly drew in his sketchbook. Then he started to think about it over and over. It took a better shape, a background, a purpose. At the end it was an essay of textures and contrast between the smooth luminous body of the fairy and the rusty textured abandoned metal skull below her. She lives among those places, spreading the rust over dead artifacts, slowly dissolving them in the ground. Another illustration, titled Morning Light, was inspired by the beauty of nature. In this work a tiny girl is standing on a big sculptural head, looking at the horizon. The artist has always been fascinated by early morning light. “First the day light breaks the sky and fills everything in a blue luminance creating soft shadows. Then the sun rises and hit the top of the tallest structures with a warm glow while the bottom is still in shadows,” he says.  Certainly, Antonio perfectly caught this effect in this work. 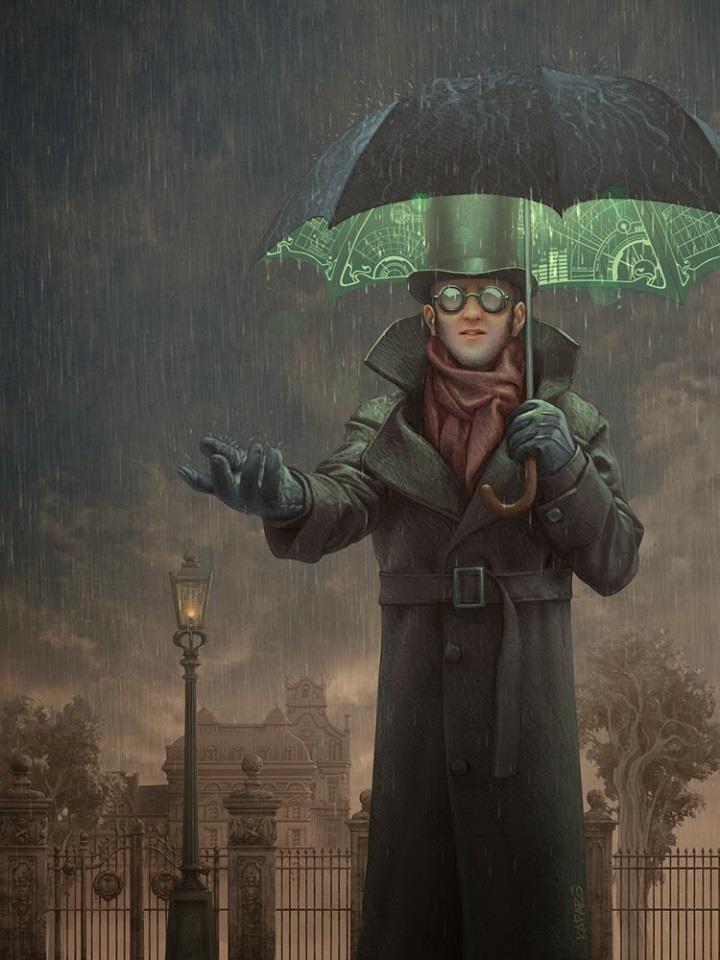 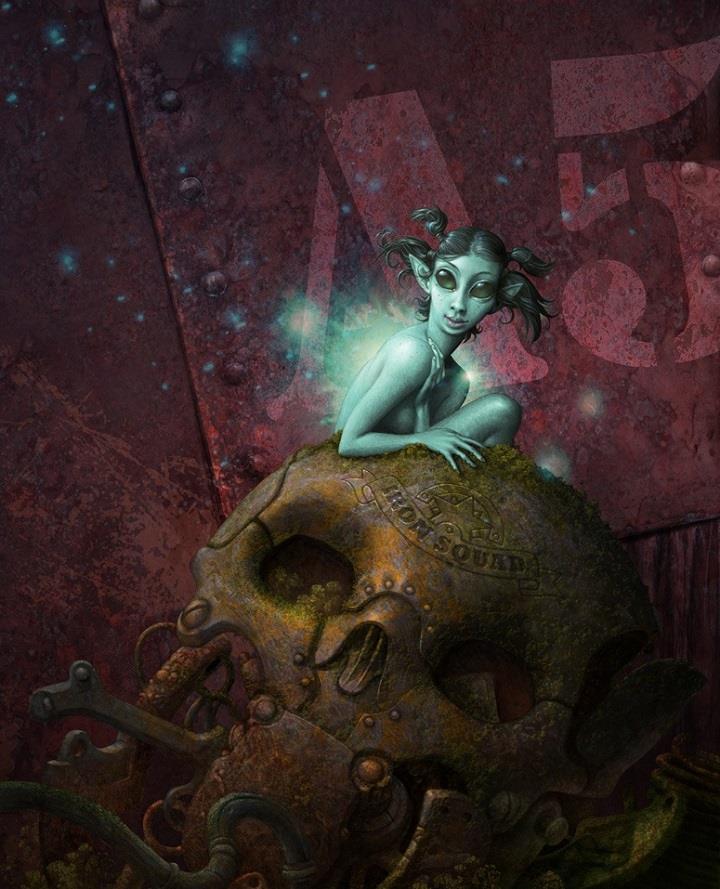 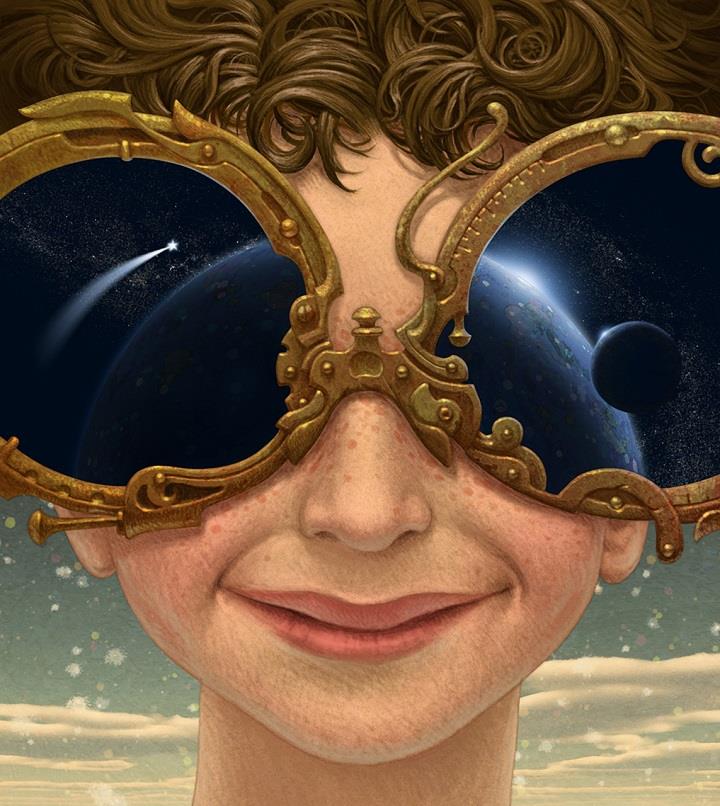 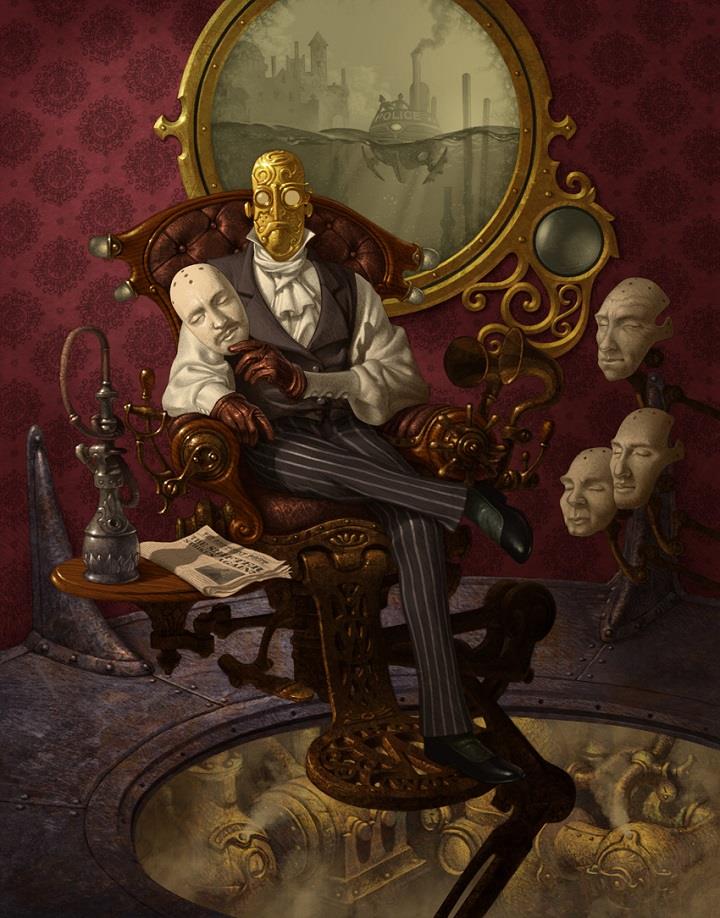 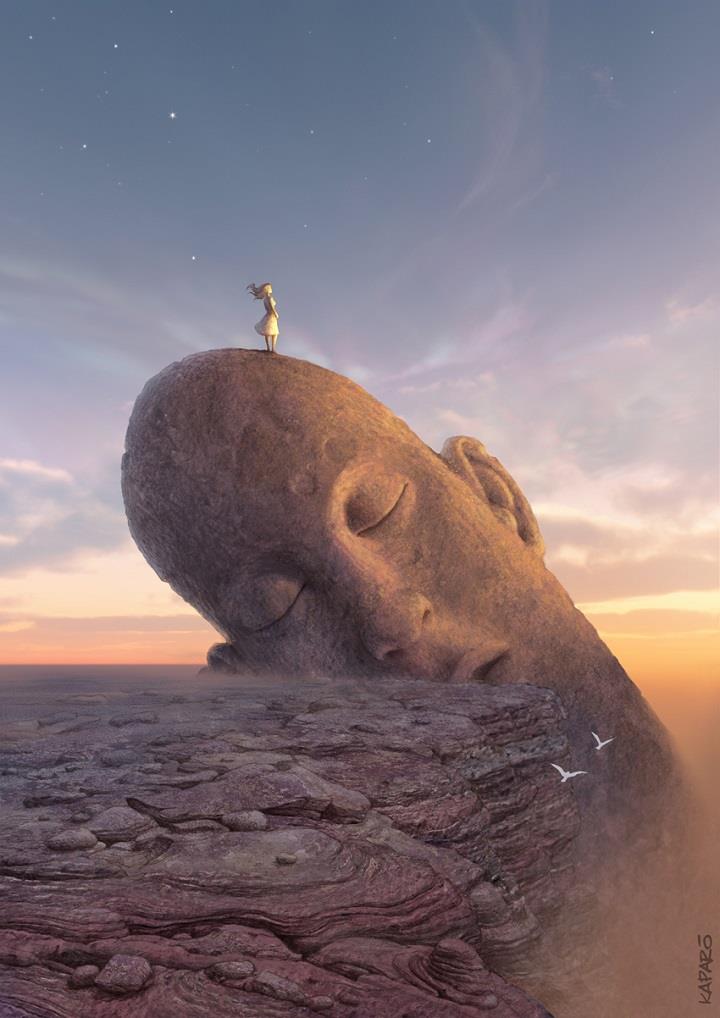 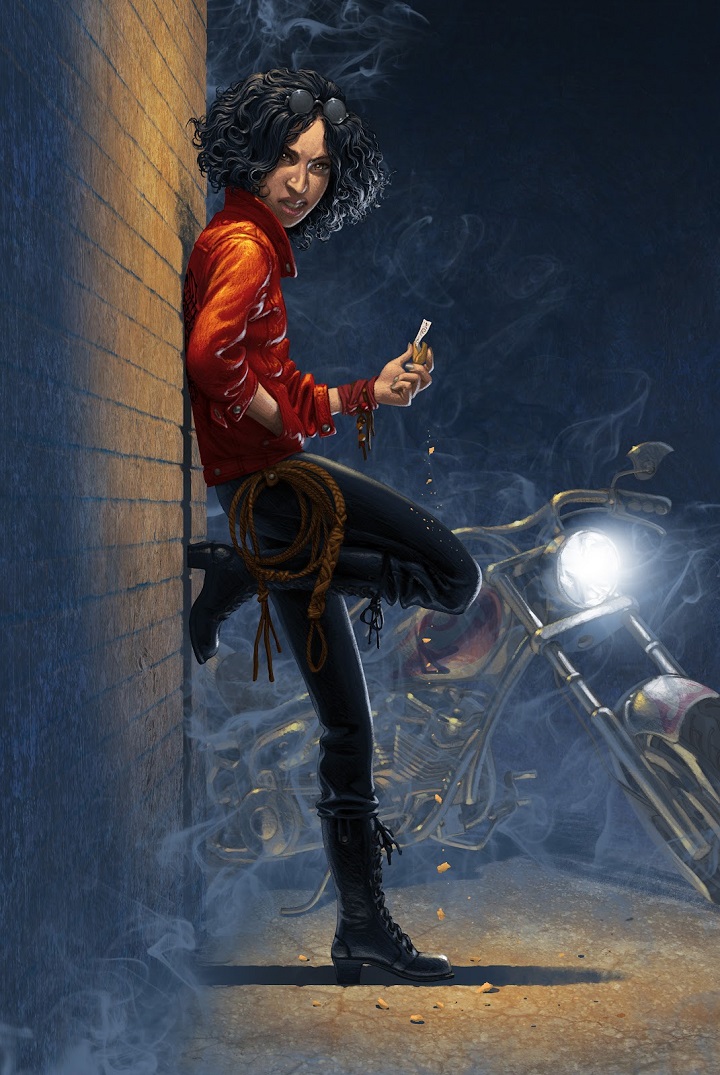 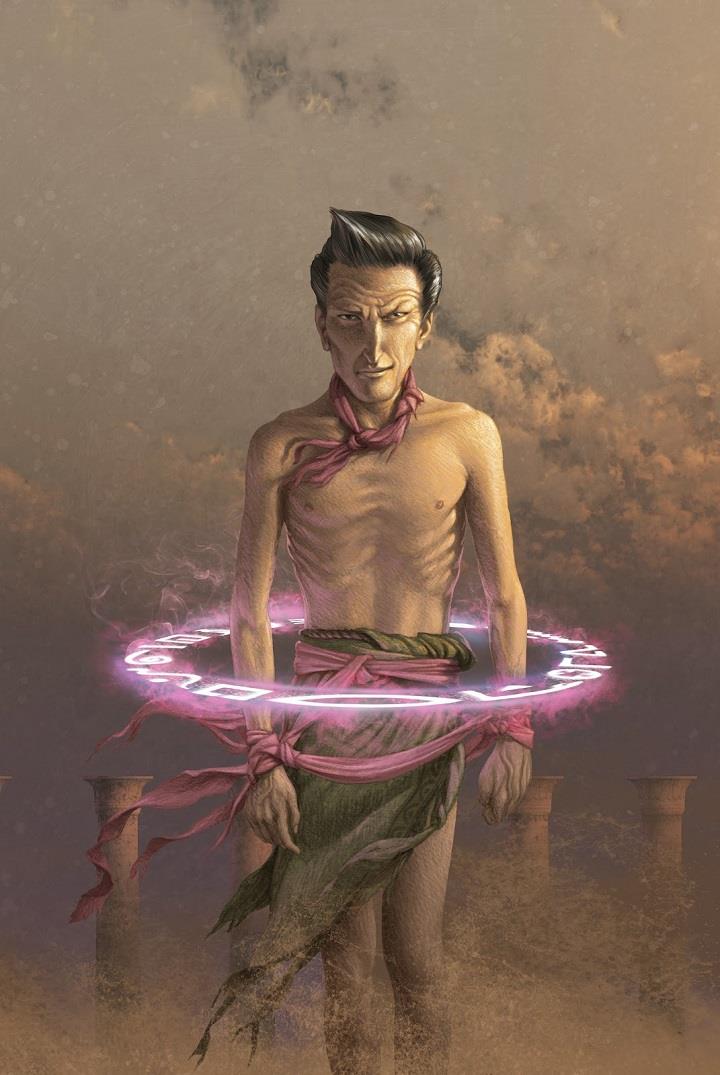 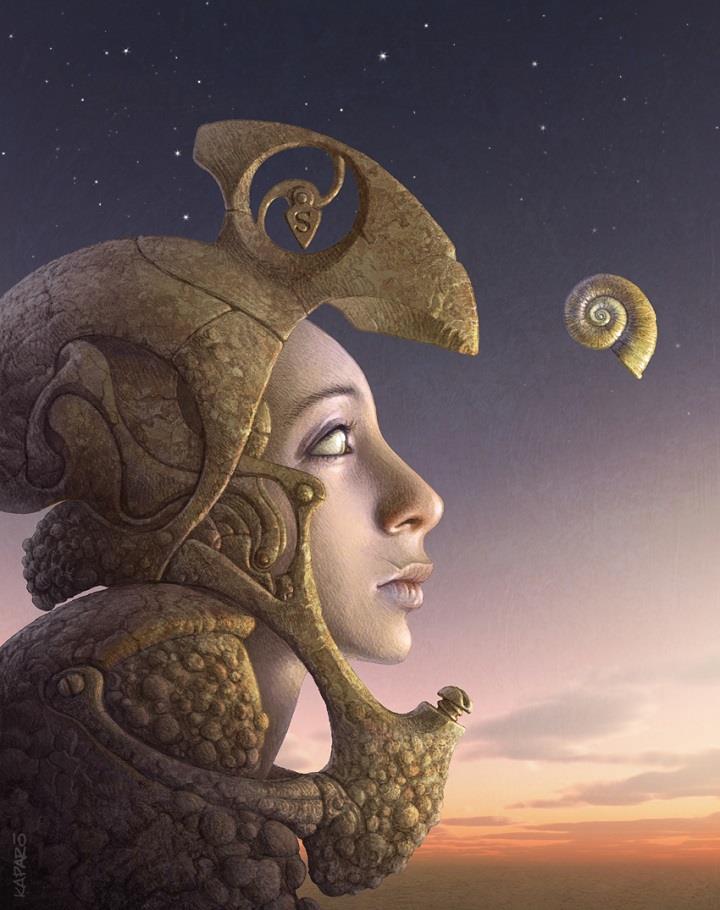 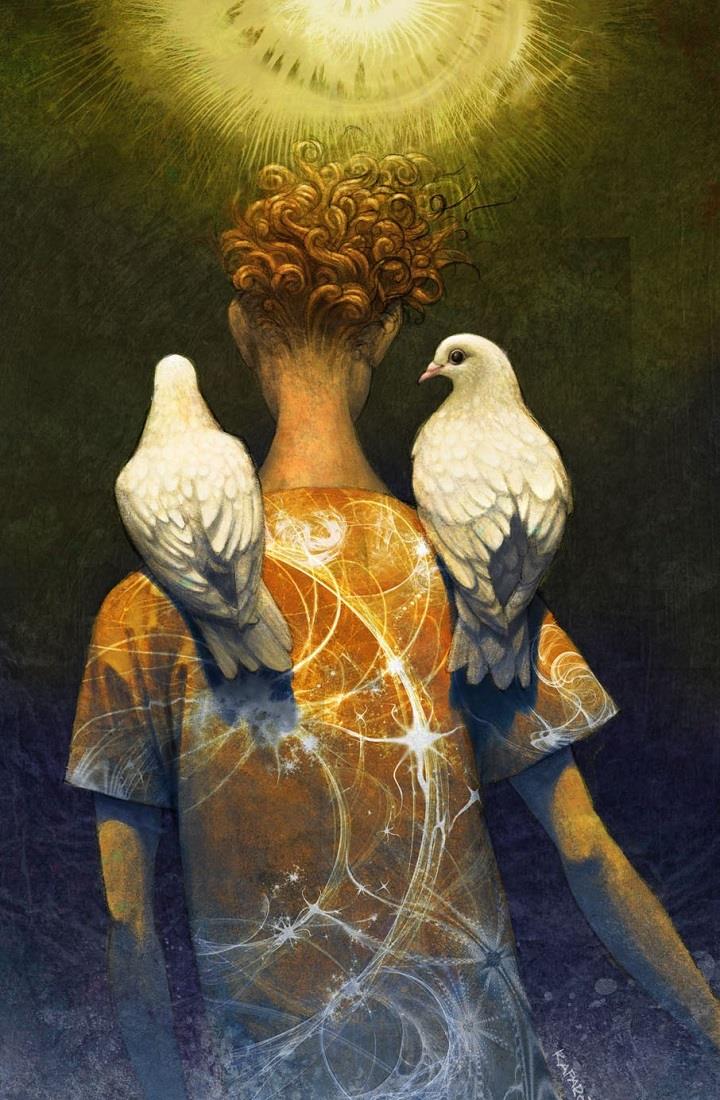