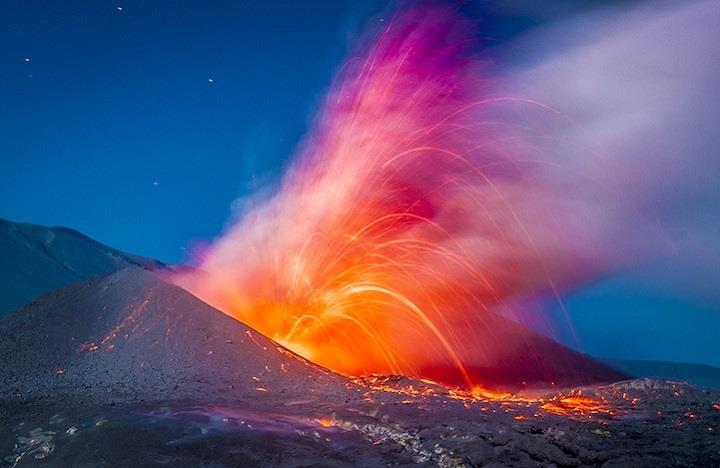 These stunning photographs, taken by professional Chilean photographer Francisco Negroni, perfectly capture the mesmerizing moment when the Cordón Caulle erupted in central Chile on a cold winter’s night. He spent a night just one kilometer from the eruption capturing these incredible photos. The darkness of the night only served to emphasize the red-hot lava’s glow. Each shot is full of action and excitement, making viewers feel as though they’re right there amidst the energetic, naturally occurring activity. Cordón Caulle has been erupting since 2008, although the particular eruption shown in the photographs started in 2011. To take these photographs Francisco used mostly slow exposures which let him catch the lightning rays with such intensity. The sky, lit up with fractal electric currents, serves as a spectacular background to the natural landscape. The massive amount of ash and other particulates released by the volcano rub together in the atmosphere, generating loads of static electricity. This electricity, along with some of the steam released in the eruption, causes the volcanic plume to discharge lightning bolt. This is called a “dirty thunderstorm.” 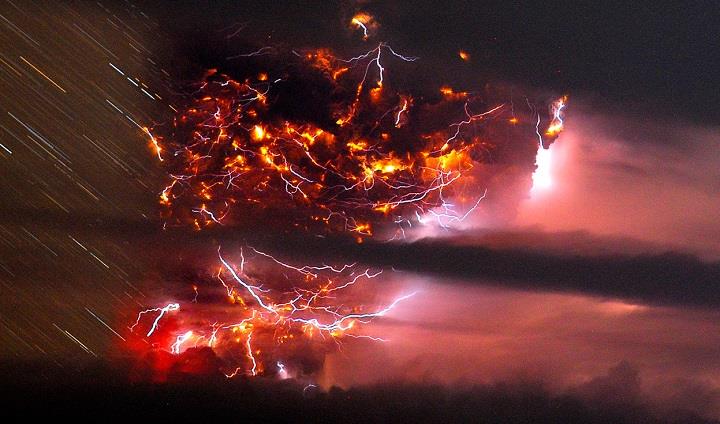 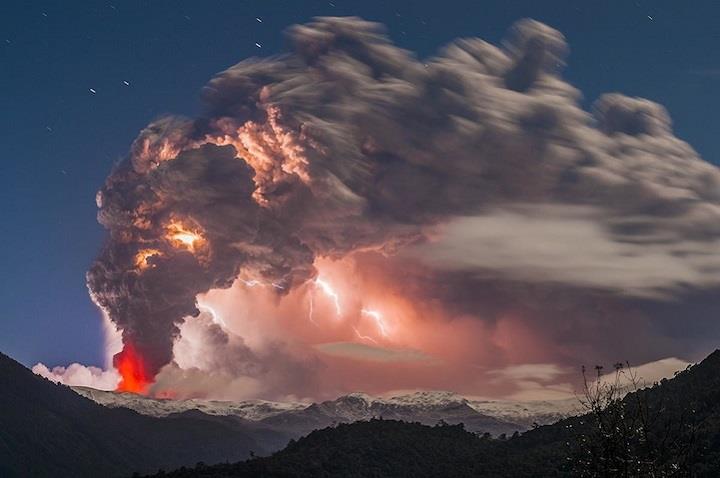 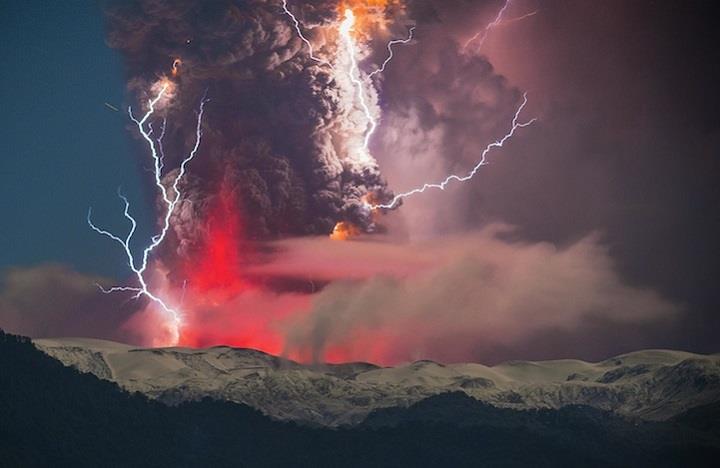 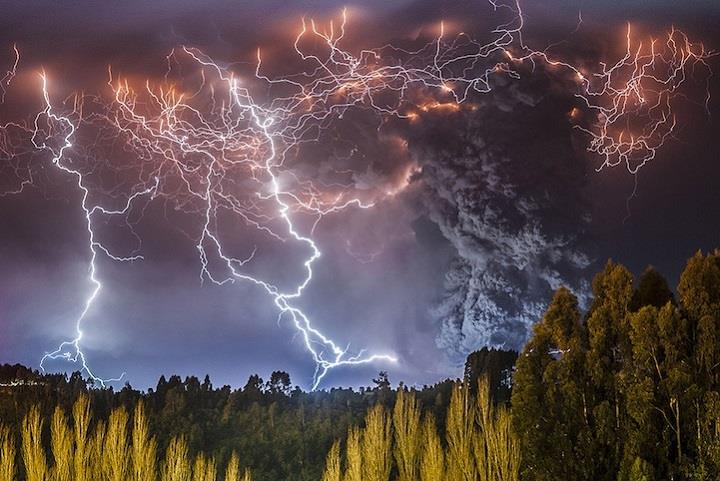 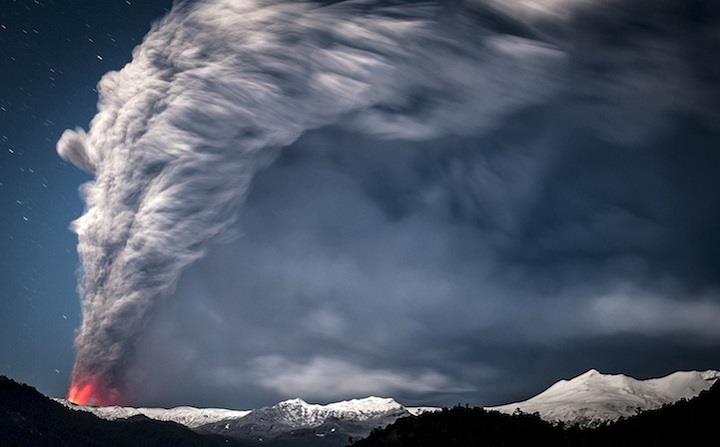 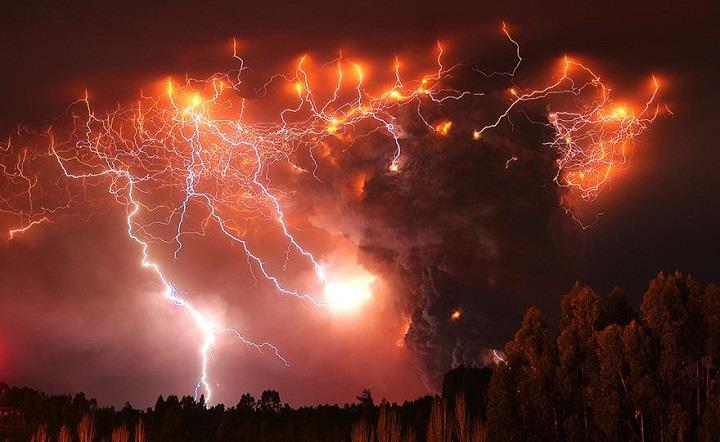