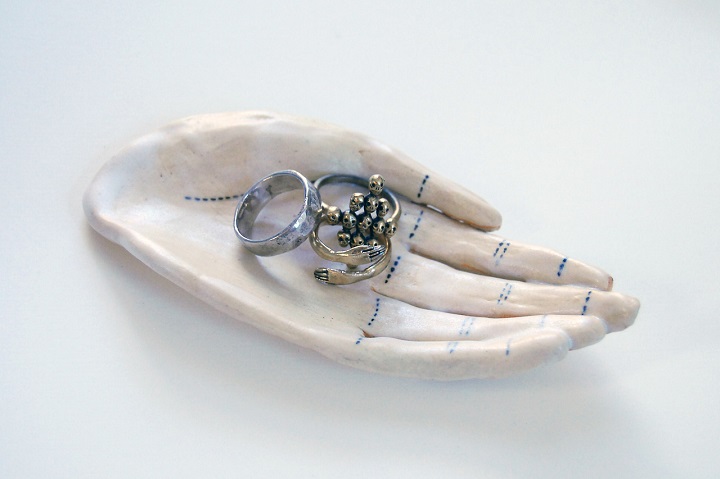 Kaye Blegvad is a designer and illustrator born and raised in London. She studied Illustration at the University of Brighton and moved to NYC shortly after. Besides making gorgeous drawings, Kaye creates a collection of ceramics, and also has a line of jewelry called Datter Industries, which occupies her non-drawing-and-art-making time. Datter is the Danish word for “daughter.”  It is a fusion of the words “data” and “matter.” Datter Industries was founded in New York City in 2010, but has since crossed the Atlantic and is now made in Kaye’s London studio. She turns her drawings and ideas into jewelry. All pieces start out as models hand carved in wax, which are then cast and finished individually in her studio. Drawing inspiration from all over the place – ancient artifacts, talismans, ritual, the occult, weaponry, and the natural world, she likes her work to show signs of being handmade – nothing too clean or too perfect. A lot of ancient jewelry and objects had great meaning – they were not just decorative objects, they had religious or cultural significance. Apparently, Kaye tries to put that sense of meaning and symbolism into her pieces. 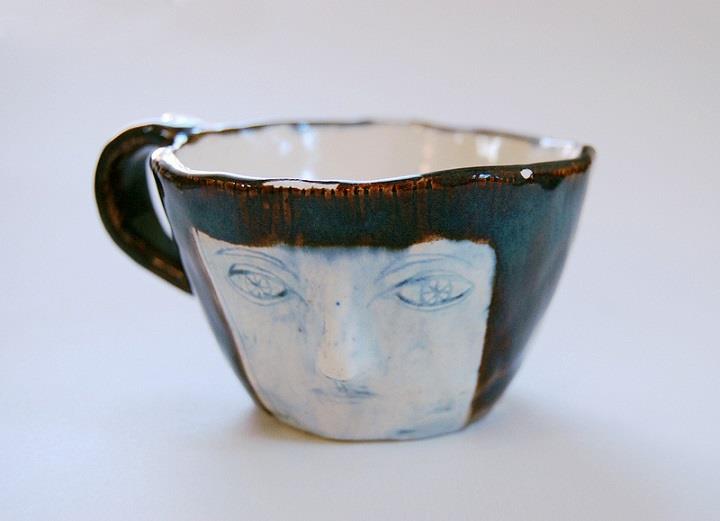 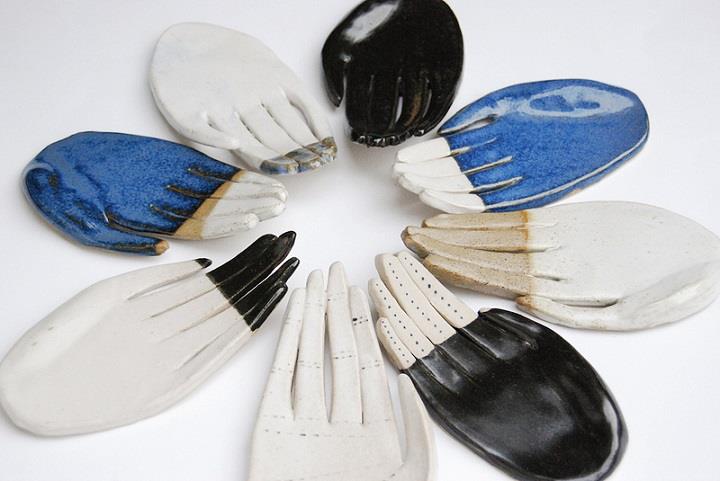 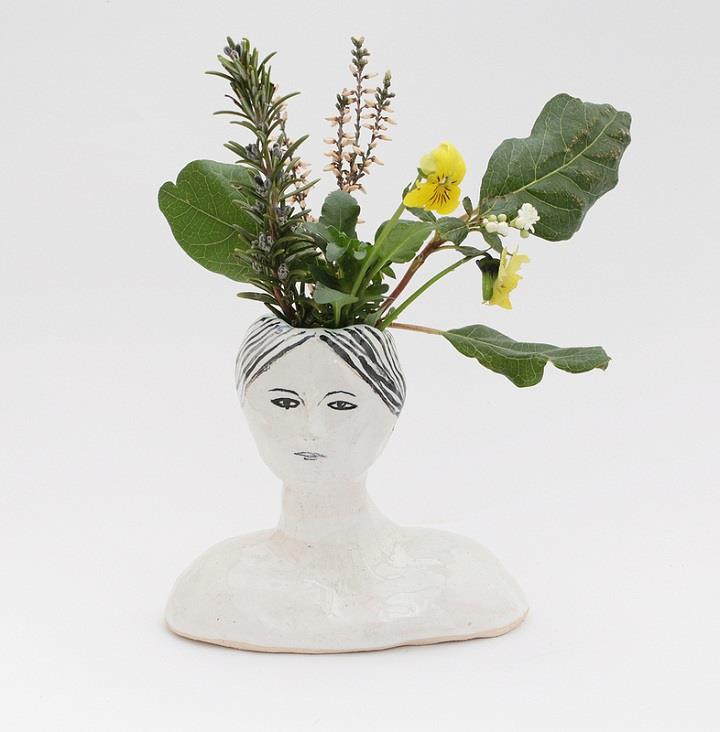 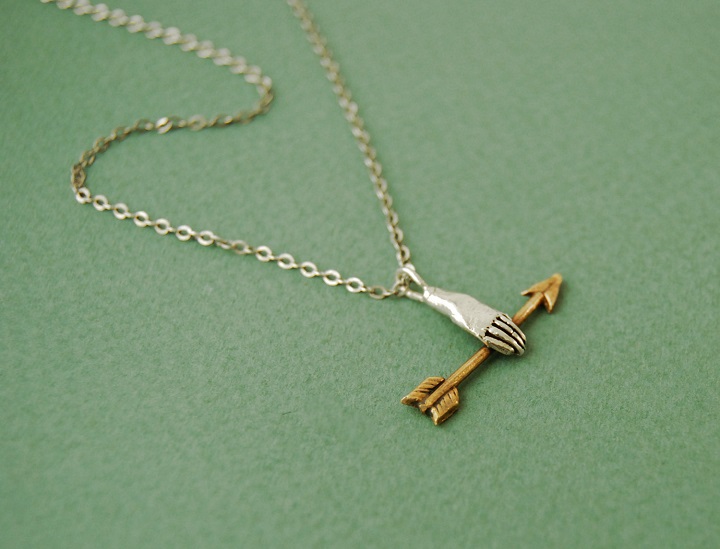 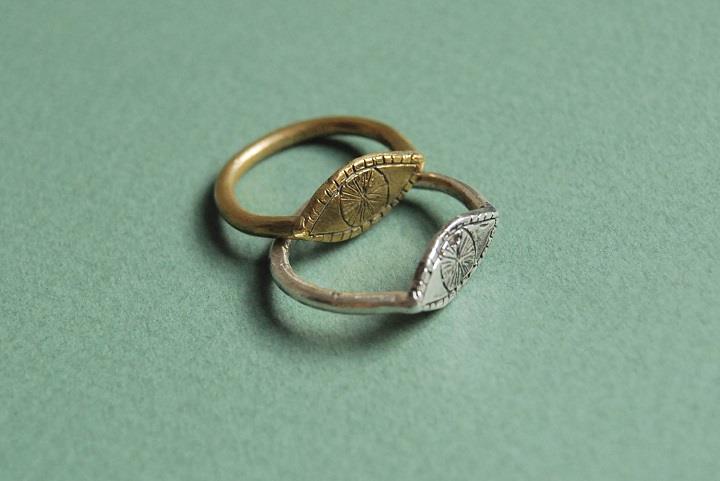 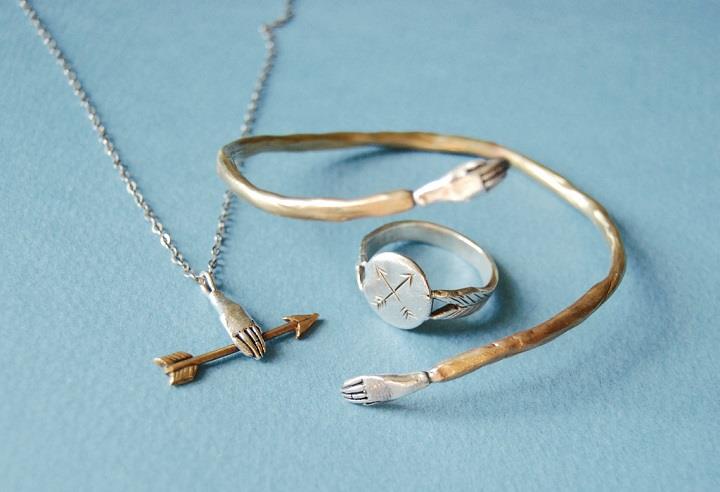 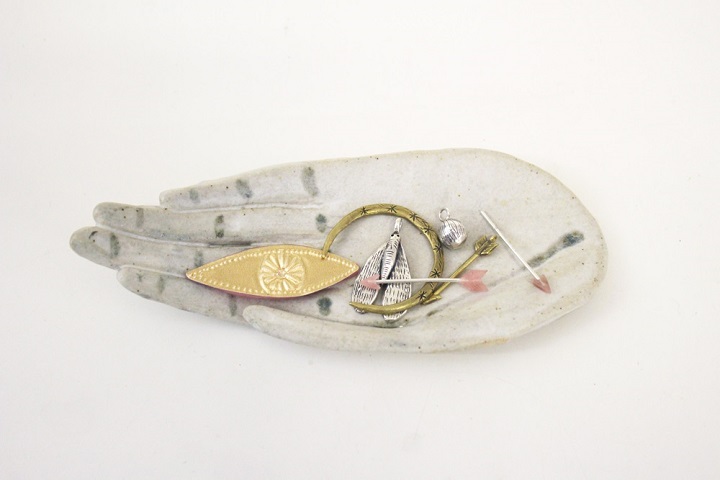