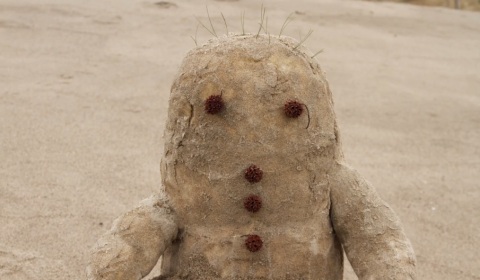 Kirsten Lepore is a director and freelance animator based in LA.   She earned her BFA from the Maryland Institute College of Art in 2007.

I would say that “Bottle” is highly recommended for everyone. It is a beautiful stop-motion with a poignant story about a relationship between two natural elements – one a mound of sand, the other a pile of snow. Each are endowed with sentience and mobility and come to know each other by trading details of their lives through a floating bottle.  Clever and nostalgic in mood, exquisite and handcrafted in design – this film celebrates life, but never far from that is sentiment – the spectre of loss.  The result is visually ingenious, yet also emotionally disturbing.

“Bottle” reveals the problem of modern life. It is about the loneliness – the lack of relations and the desire for contact.  We are trapped in an info-culture proceeding faster than we keep up. The desire of the characters for physical interaction rather than the mere continuation of bottle-messaging can be read as a statement to this result.  The character’s transformation touches on philosophy and psychoanalytic, embellishing theories of ego-formation and personality. These concepts are entirely reliant on contrast – the existence of some “other”. 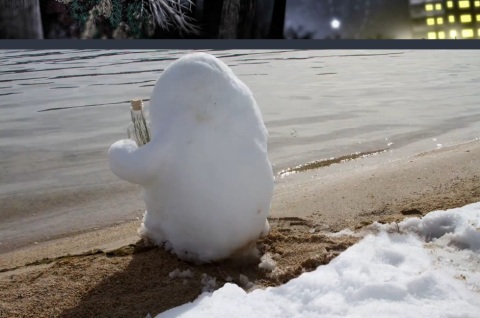 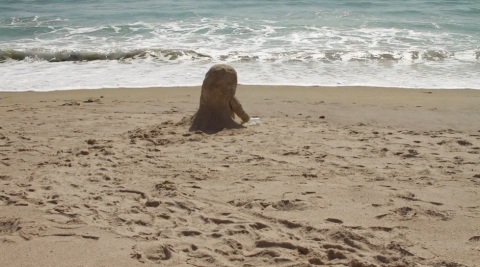