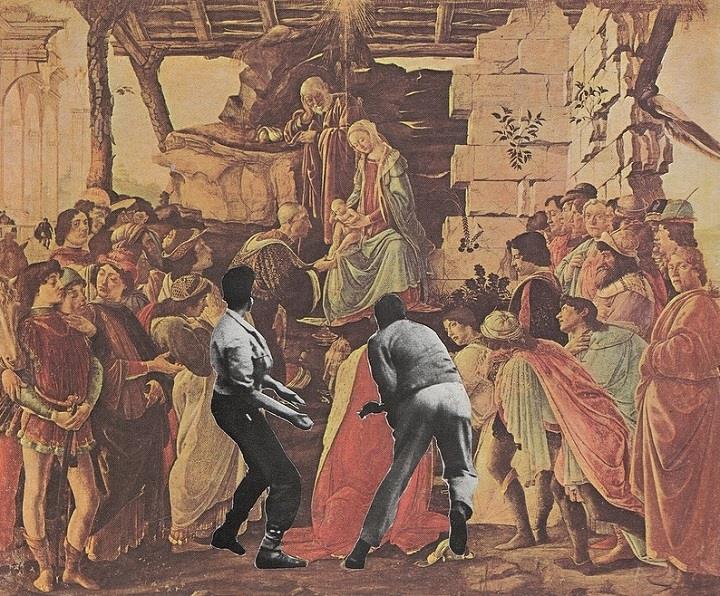 Nicholas Ballesteros is a mixed-media artist based out of Chicago, Illinois. He works between the boundaries of painting, digital art and collage. Much of his inspiration for making art comes from a lecture given by French philosopher Gilles Deleuze in 1987, titled “What is the Creative Act?” Deleuze declared, “A work of art does not contain the least bit of inspiration. In contrast, there is a fundamental affinity between a work of art and an act of resistance.” As an artist Nicholas attempts to move cautiously away from producing art that can embody rationally productive modes of understanding. His works illustrate absurdity where people live, using terms such as life, death, war, and beauty. His technique is unconventional yet very current and has an evident flair in surrealism. The artist collects anthologies, photo-books and periodicals to have material vitality in his work. The more he collects the more potential he has to find really striking images and more chances to form connections with them. He also explores iconographies, looking for ways to “update” past iconographies. Considering his Rembrandt series, he relied on baroque iconographies and then connected them to more modern ones – associated with science and technology. 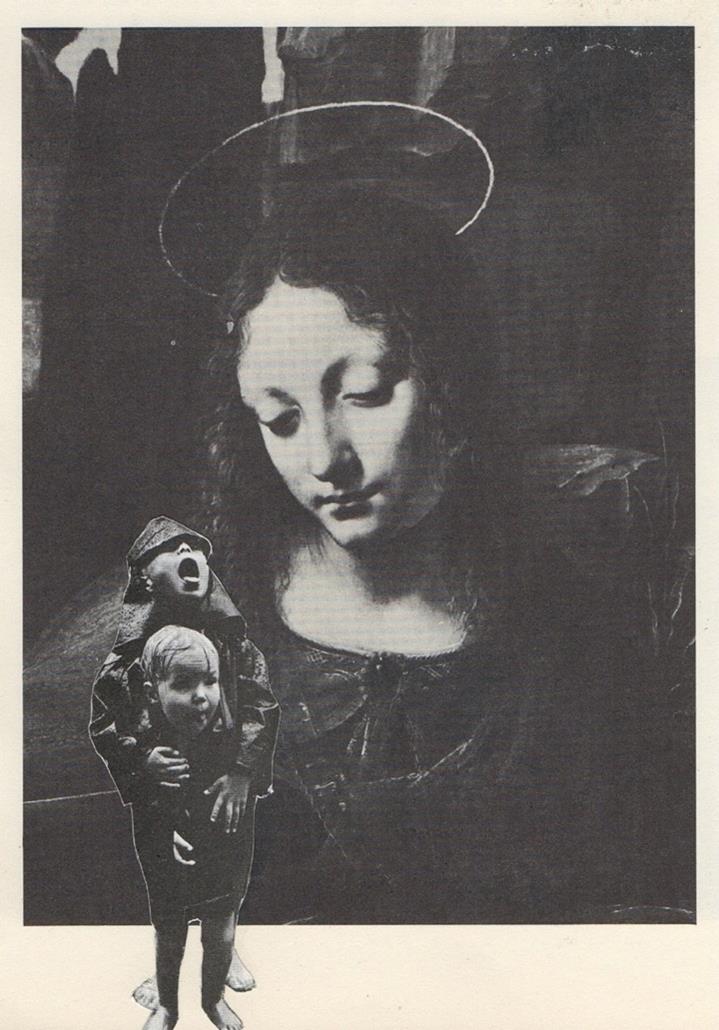 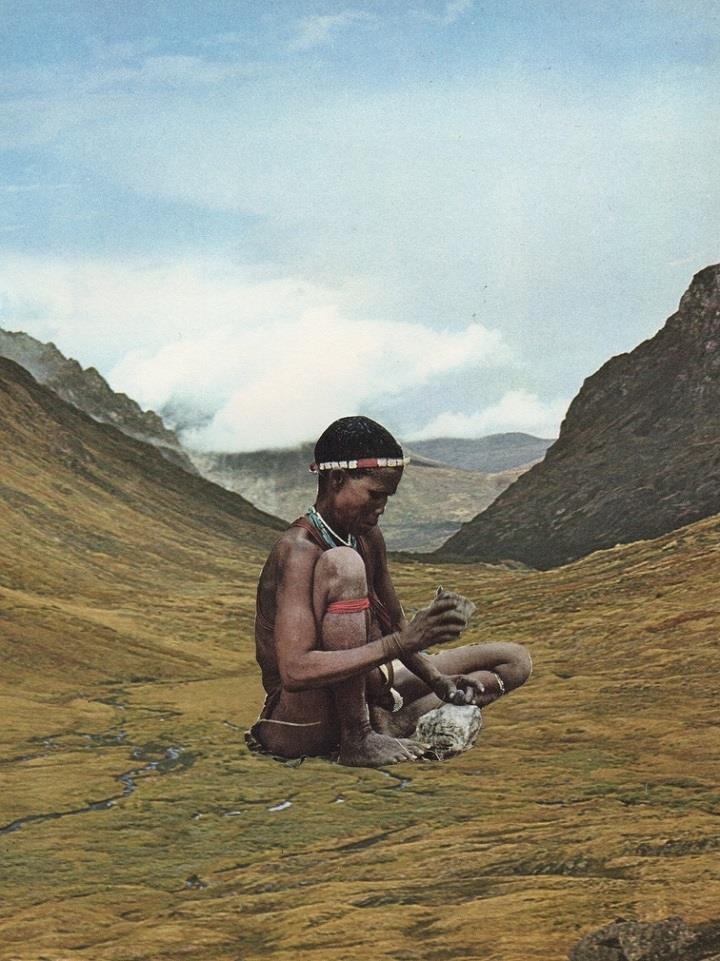 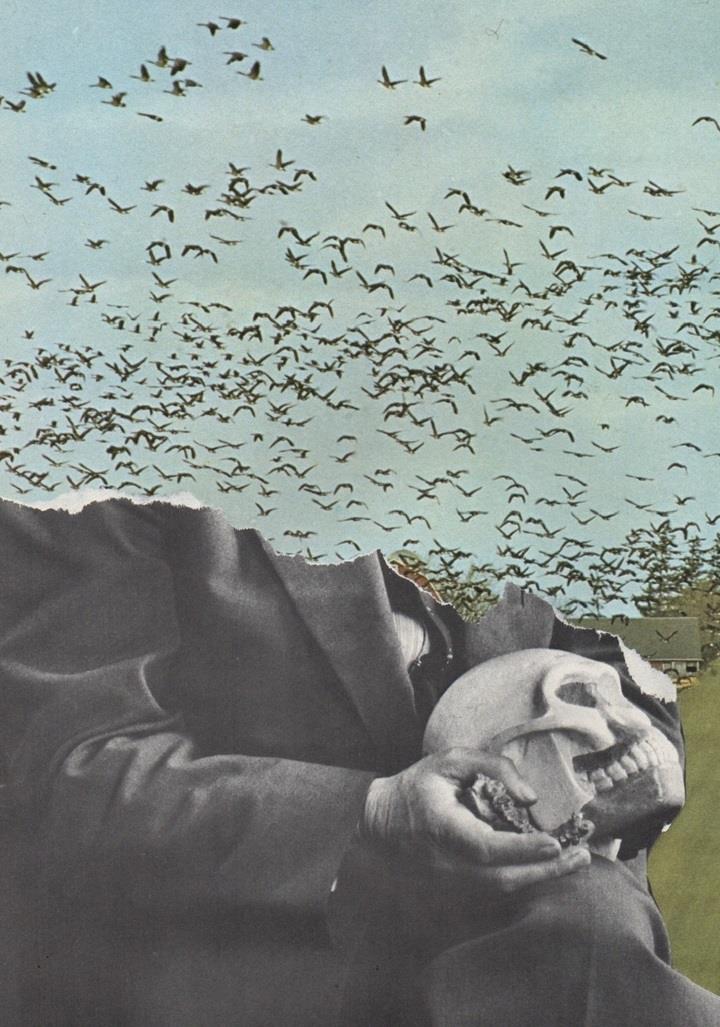 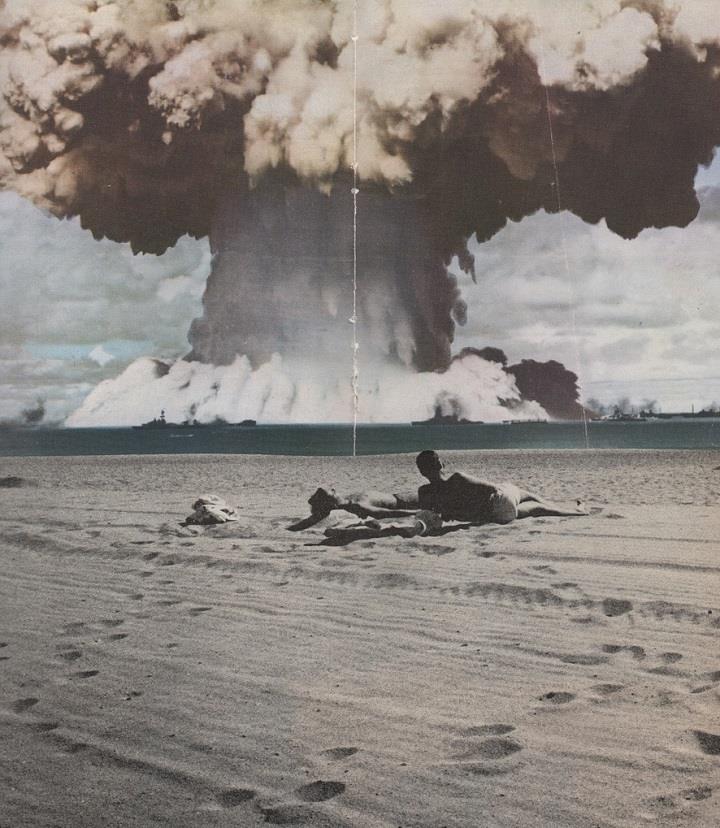 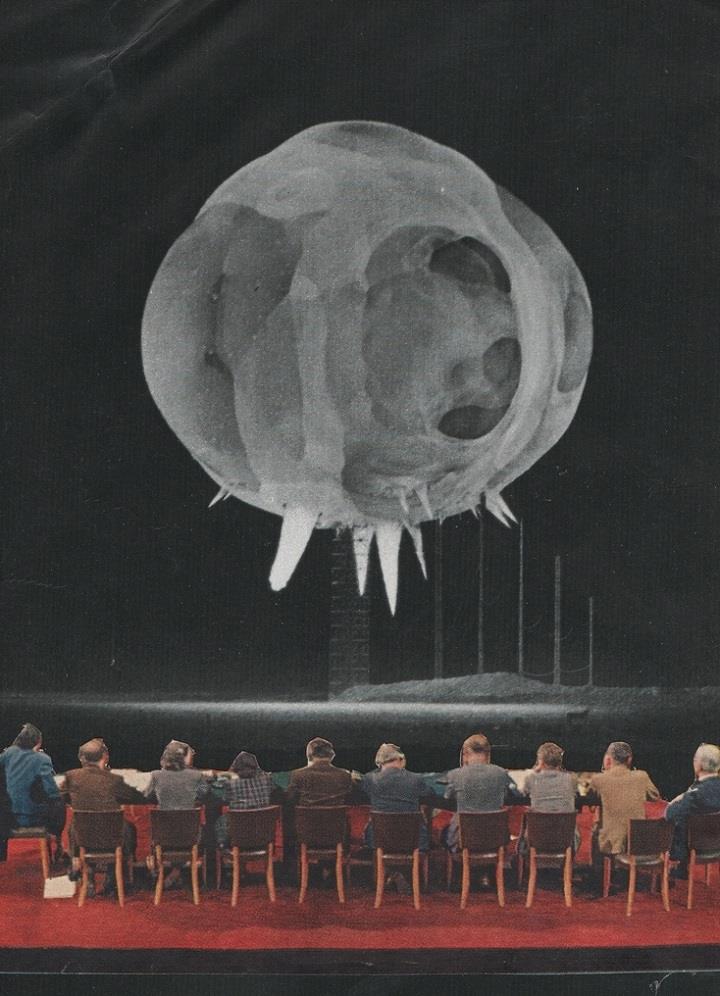 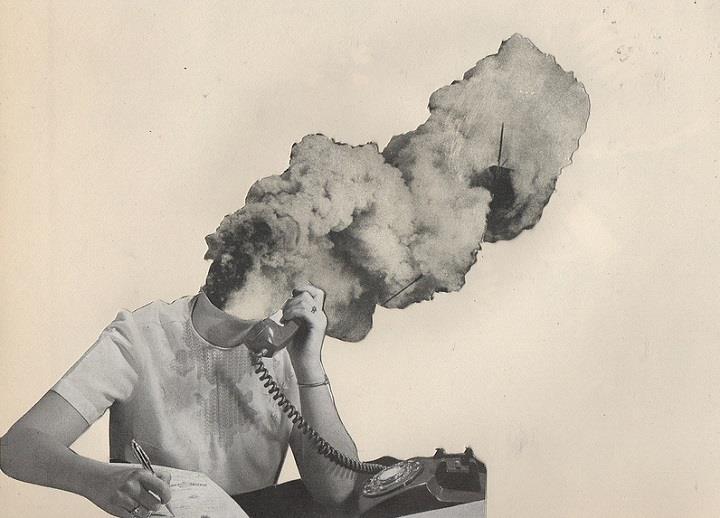 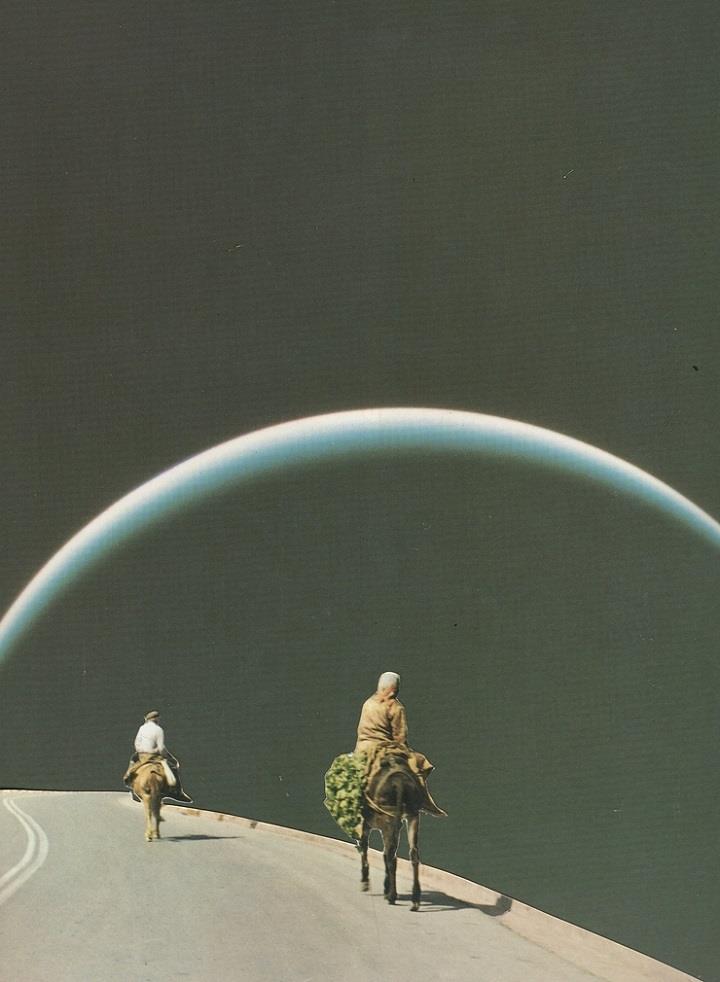 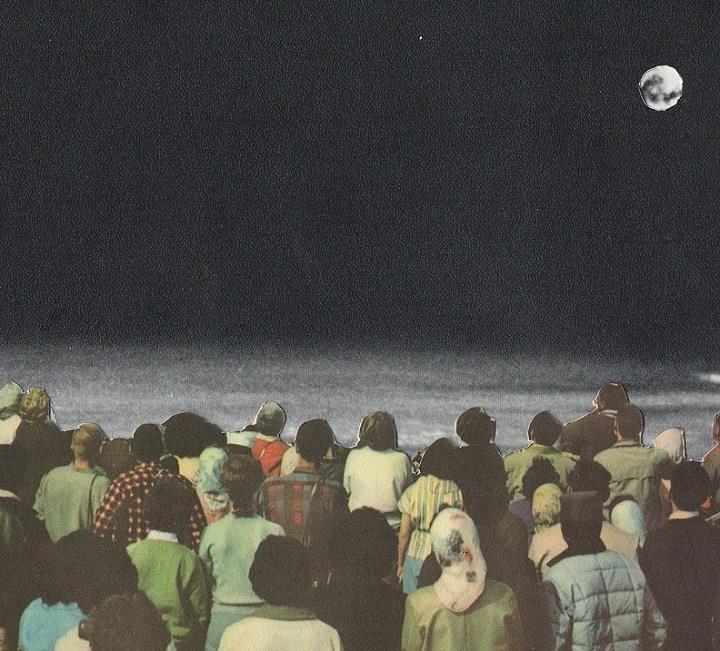