Teagan White – The Splendour of Nature 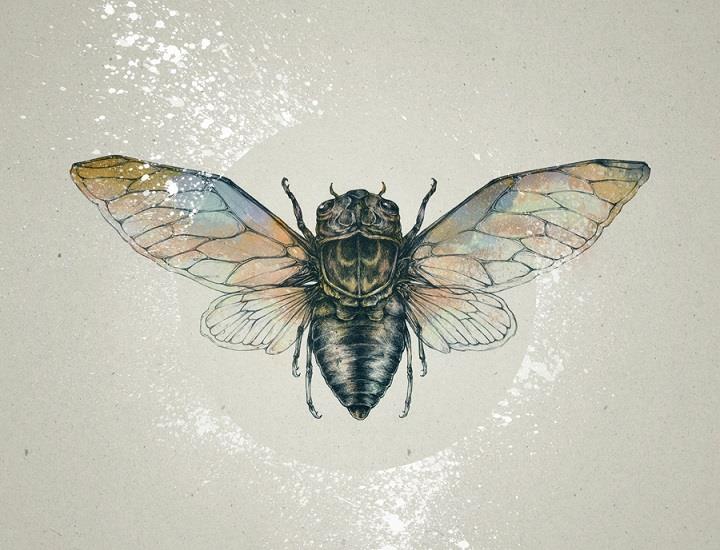 Nothing is better than “following tangled animal paths through forest and field, squishing along reedy riverbanks, attempting to befriend gulls on rocky lakeshores, picking wildflowers, and collecting animal bones.” This is how Teagan White admires the splendour of nature. She is a freelance designer and illustrator from Chicago, now living and working in Minnesota, where she earned her BFA in Illustration from the Minneapolis College of Art & Design in 2012. Teagan explores nature’s subtleties and relationships between living things, using flat, limited colors, decorative arrangements of organic forms, and obsessive detail. She always starts out a piece with a series of sketches. But she prefers to move on as quickly as possible to the final image, which she can engage more fully with in terms of materials and detail. Her favorite materials lately have been charcoal (both dry and wet), graphite and watercolor. The attention given to nature’s language also extends to artefacts and mortality, and these realities converge in White’s visual storytelling. The artist is fascinated by mortality. With her love of nature comes an appreciation for the way that living things are disposed of after death, with such grace and efficiency, that it’s puzzling to her why so many people fear death and are soothed by the idea of an afterlife. Teagan’s recent work explores decomposition and life cycles in general with the hope that her reverence for the subjects might rub off a bit on the viewers. 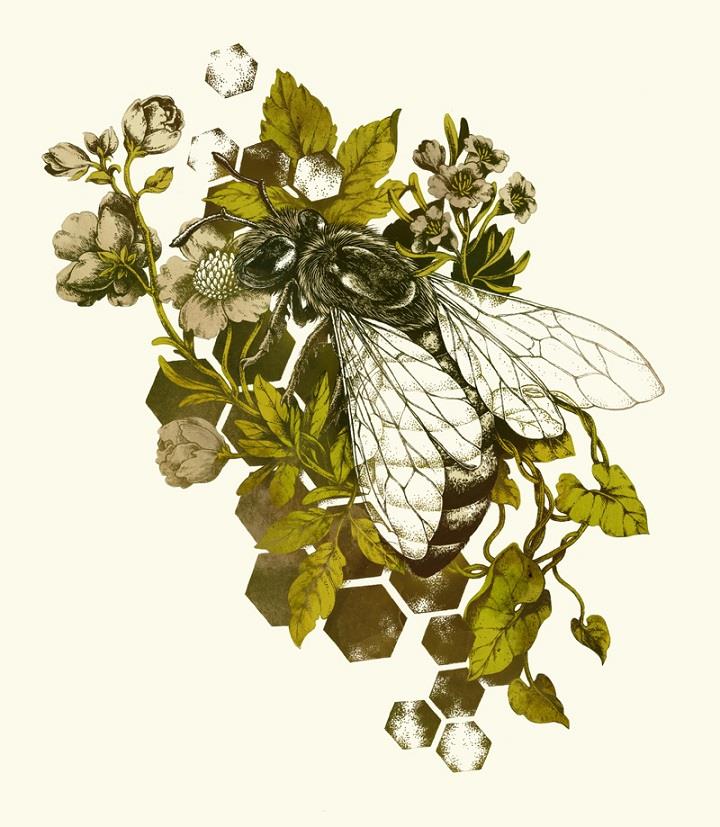 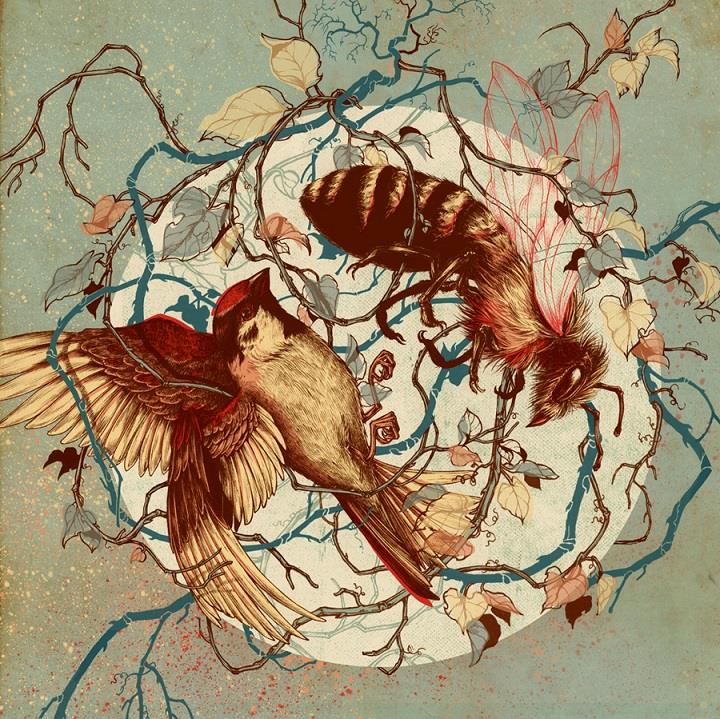 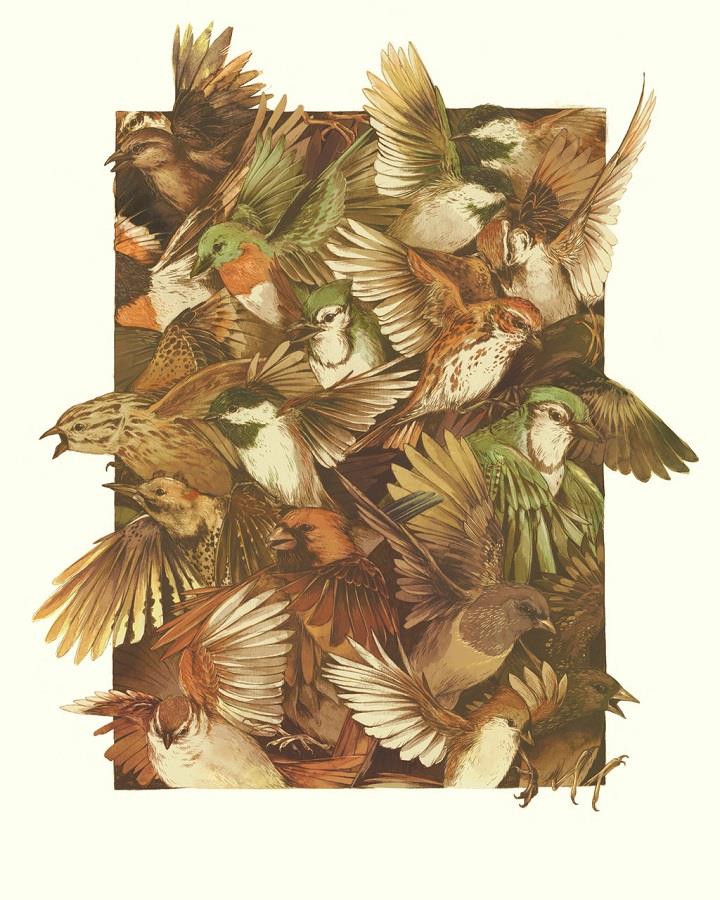 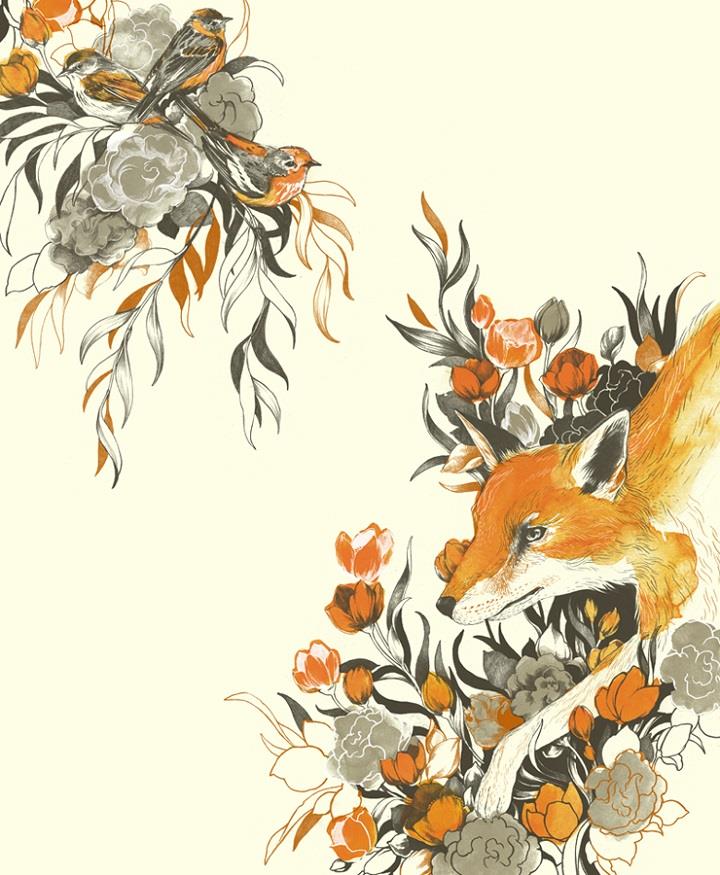 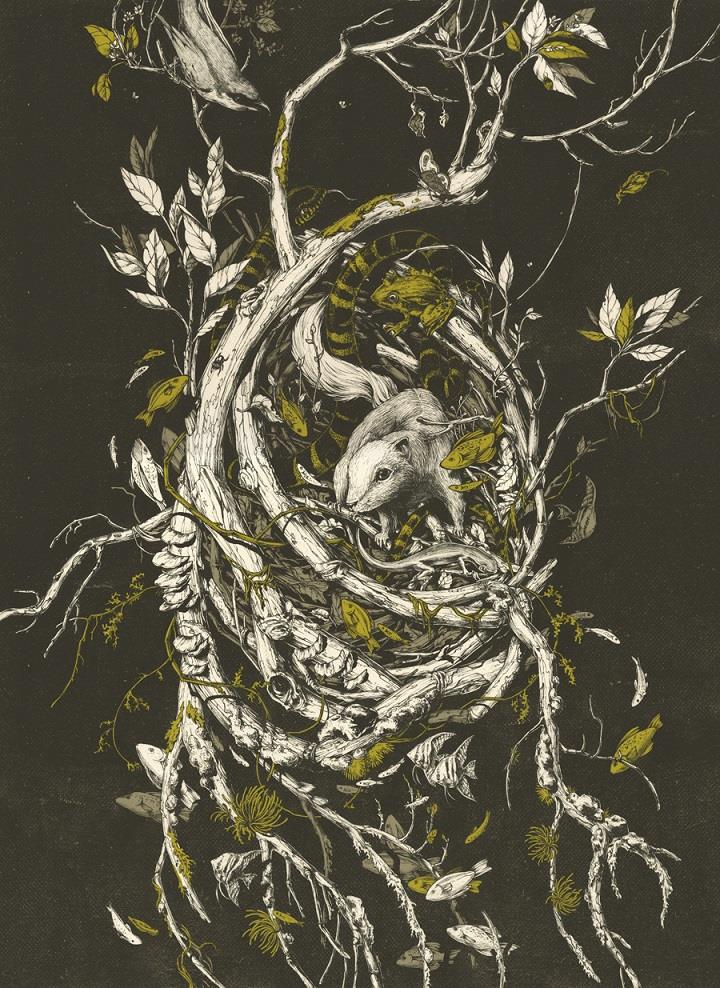 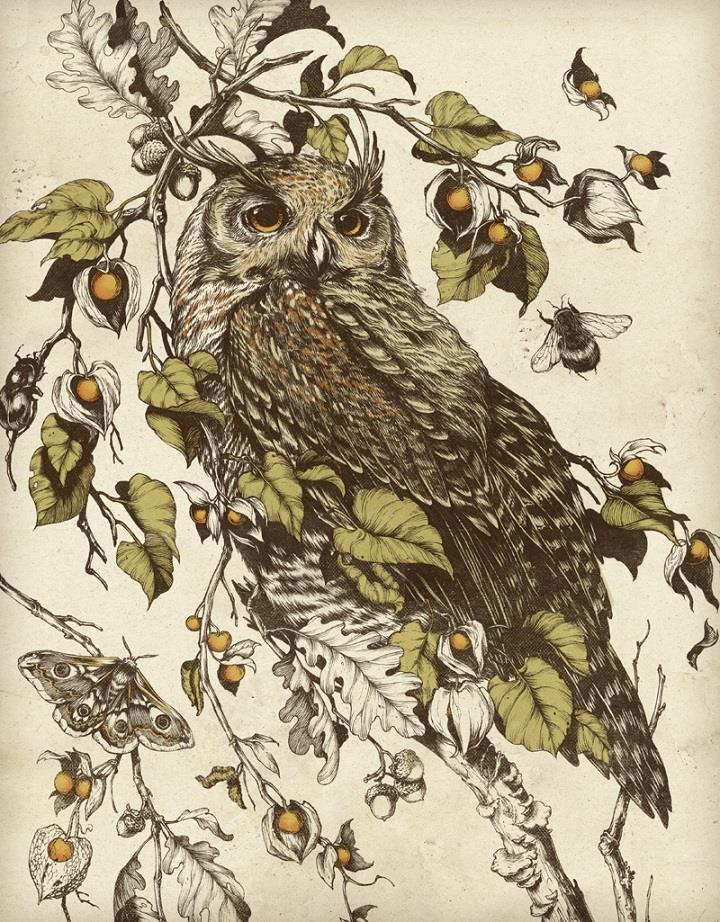 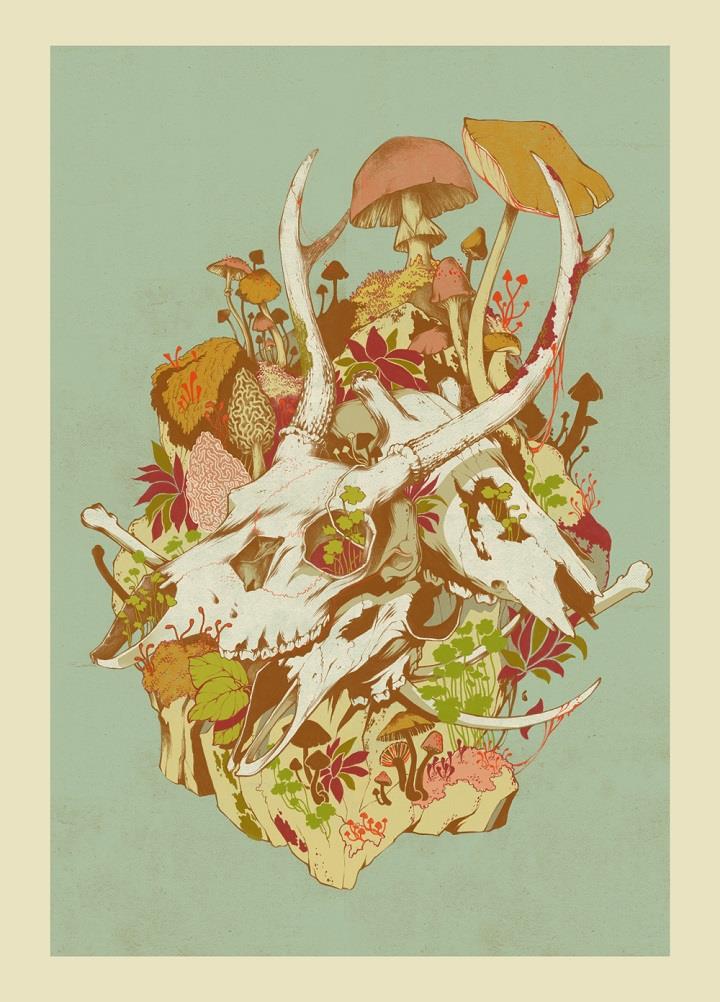